A Romanian entrepreneur in the pharma and food supplement  industry has pledged to leave his wealth to his employees to thank them for contributing to the business.

Christache Zanoschi who is the owner of the Ircon factory in the northeast city of Iasi says his staff stand to inherit his business which is now worth 20 million euros.

Dr Zanoschi is a gynecologist and obstetrician and set up the company 21 years ago. He is also a member of the Romanian Inventors’ Society and has won awards for his achievements.

He wants his employees to enjoy the fruits of their labors, he told  Adevărul on Tuesday.

”You have to dream if you want to do something. You need imagination  Acting on your imagination implies a risk,” he said.

He says he came up with the idea of the business as a way of helping the community.

He’s received offers for his factory, he said, but he’s refused them as he prefers to reward employees.

My employees have been very involved developing the products. We tried to make something that is good quality which helps people and gives us satisfaction.

Staff with a university education will receive more money he said and others will get money depending on how long they’ve worked.

Ircon products have been sold in Romania, Moldova, Turkmenistan, Uzbekistan and other former Soviet republics.

This year, medicine, cosmetic products and food supplements will be exported to Belarus and Kazakhstan. 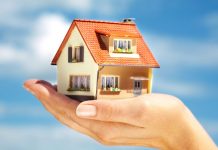