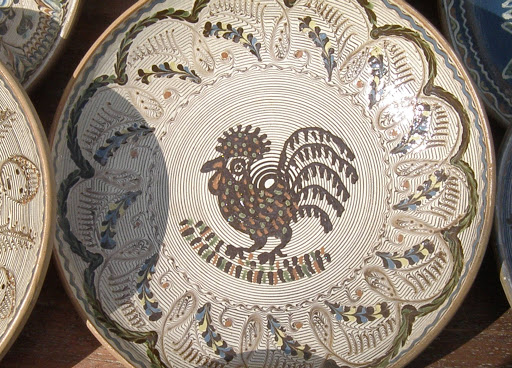 The small town of Horezu nestling in the foothills of the Carpathian Mountains is a hub for traditional Romanian folk art.

Thousands of tourists visit the central Romanian town every year.

How, the government is planning to officially name it a „tourist resort of national interest”.

The label will mean it can access funds to develop tourist facilities in the town.

„It will have greater chances of attracting non-reimbursable financing” a statement on Tuesday from the economy, entrepreneurial and tourism ministry said.

“It will generate a beneficial impact on economic development. It will increase the quality of life for local residents ”, the statement added.

“The positive impact” will attract more tourists from Romania and abroad. “Tourism businesses can get European Union financing.”

The town is known for the Horezu monastery founded by ruler Constantin Brancoveanu , who was the prince of the southern province of Wallachia from 1688 to 1714.

Residents produce decorated clay plates and bowls which are popular in Romania and abroad. They are often painted brown or green and traditionally feature a rooster.

The „Horezu Rooster” pottery fair is held every year at the beginning of June. It attracts artisans and tourists from around the country.

Horezu Monastery which is built in traditional Brancovean style boasts a library with 300 valuable old books and manuscripts.

The first written documentation about the settlement was in 1487 during the reign of Vlad the Monk. He was the Prince of Wallachia in 1481 and then from 1482 to 1495. He was the brother of Vlad the Impaler.

Romania currently has 52 tourist destinations “of national interest” and a further 95 places which are designated as local interest spots.