Romania’s President Klaus Iohannis on Wednesday condemned  Vladimir Putin after he announced a mobilization of hundreds of thousands of reservists and threatened nuclear retaliation in the war against Ukraine.

“Romania reiterates its call for Russia to stop immediately its aggression against Ukraine and to fully withdraw all its armed forces,” he said.

Romania🇷🇴 strongly condemns President Putin's announcement about Russia's next steps towards further escalation of its illegal war against Ukraine🇺🇦. Romania reiterates its call for RU to stop immediately its aggression against UA and to fully withdraw all its armed forces.

The Vesna anti-war opposition movement and supporters of jailed Kremlin critic Alexei Navalny called on Russians nationwide to take to the streets on Wednesday evening to oppose Putin’s decision to beef up its forces in Ukraine with 300,000 reservists.

More than 1,000 anti-war protesters were detained across Russia on Wednesday as residents rallied against a “partial” military mobilization declared by  Putin for the war in Ukraine.

Putin claimed the call-up was necessary because the Russian military is facing “not only neo-Nazi formations, but what is effectively the entire military machine of the collective West,”  Meduza reported.

His speech included a threatening reference to Russia’s nuclear arsenal: “With a threat to the territorial integrity of our country, to protect Russia and our people, we of course will use all the means at our disposal, this is not a bluff,” the Russian leader said. 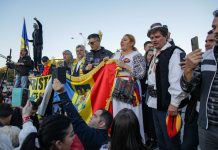 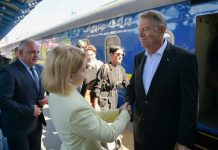 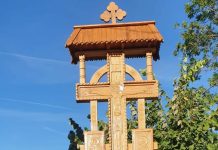