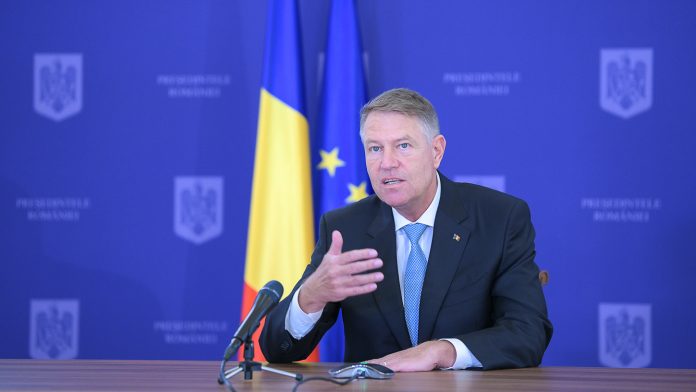 Romania’s President Klaus Iohannis has defended the use of fines handed out to people for violating strict lockdown rules, saying the penalties saved many lives.

The Romanian president said Thursday that the country was impelled “like other countries …to take drastic measures to protect people and prevent the spread of the coronavirus.”

“The fines were useful for preventing the spread of virus.” he said. “Rules and sanctions imposed by authorities had the single aim of protecting the health and life of each one of us.”

The fines were introduced in March during a state of emergency in a bid to make sure people respected the lockdown, and left their homes only when necessary.

But the Constitutional Court ruled Wednesday that the fines were unconstitutional because the military ordinance that set out the penalties didn’t provide clear criteria for the level of fines.

Romanians currently need to fill out a form explaining why they have left home. If they don’t and are stopped by authorities, they can face a fine between 2,000 and 20,000 lei. People who don’t respect quarantine are also liable to be fined.

More than 300,000 people have been fined a total of about 600 million lei, the interior minister said.

“It’s another sign of selfishness, ignorance and a misunderstanding of the mission they have, and proof that some politicians care more about political interests than people,” he said.

He added: “only by restrictions…can we resume daily activities, children playing in the park and safely seeing our parents again.”

We have „Romanians who respected the restrictions, (thus) saving lives, and specialists who are  working ceaselessly to save lives to end the pandemic, and the government which has taken the right measures and is now planning a big program to relaunch the economy. „

„This part of society wants to overcome the crisis and reset and develop Romania,” he said.

He called some politicians “people of the past, who want to return to corruption, bad governance and inefficiency.”

“They, the PSD (Social Democrats) and their acolytes are doing everything possible for the effort of the reconstruction of the nation to fail.”

“Alas, Romanians have two enemies, one invisible, treacherous, and very contagious called SARS-COV-2 and the other enemy is much more visible, but just as dangerous for society and the future of our country.’’