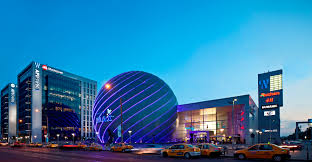 The president said Tuesday however that the state of alert which was declared on May 15, will be extended for a month, but there will be fewer restrictions.

“Measures will be relaxed, as the number of new infections hasn’t risen or fallen significantly,” he said. “We think it’s possible to continue and to relax some things.”

It will still be compulsory to wear face coverings in indoor public places such as shops, on public transport and in offices. People will be asked to keep a ‘safe’ two-meter distance from other people.

Private outdoor gatherings of up to 50 people will be permitted and private indoor events will be allowed with a maximum of 20 people.  Public events of the same size won’t be allowed for now.

Restaurants and playing areas in malls won’t reopen due to the risk of contagion, but after schools, kindergartens and private schools will be allowed to reopen next week.

Iohannis called on lawmakers to approve a new state of alert.

“Be responsible! The virus doesn’t disappear through a vote in Parliament,” he said. “If you support the government, we can control the spread of the epidemic.”

He said measures would be relaxed in other European Union countries when the number of new cases was lower than five cases per million inhabitants. Countries like Italy, Spain, Belgium, the Netherlands and Sweden have a higher number of cases.

Romania registered 145 new cases on Tuesday, about eight cases per million. About 20,800 cases of coronavirus have been confirmed in Romania.

Iohannis said that restrictions the government placed on every aspect of life in Romania from mid-March as the coronavirus spread across the world had limited the number of infections.

“I’d like to point out that the government took the best measures which led to a very limited spread of the epidemic.”