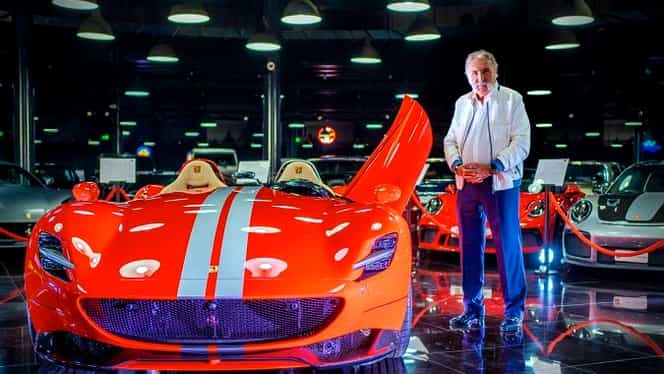 He was recruited in 1963 at the start of his tennis career which involved foreign travel, the council that publishes the files said. However his ‘career’ only lasted three years and Securitate agents then began spying on him

He submitted reports on people who were of interest to the regime under the code name “Titi Ionescu” until 1966. The secret police decided to no longer use his services and put him under surveillance. He was given the code name “Tanase.”

His file claims that he was involved in unspecified “contraband” and the parents of his ethnic German wife had links to West German secret services.

Files said he refused to divulge details about visits to his wife’s family in Germany and his brother-in-law had a “hostile attitude.”

The National Council for Studying the Securitate Archives confirmed he’d written a pledge promising to collaborate, but he hadn’t harmed anyone.

Mr. Tiriac, 82, has never commented on his links to the former Securitate, a shadowy network of spies who kept tabs on Romanians’ lives. .

Agents were tasked with reporting dissent which often meant any comments or actions that were critical of Communist leader Nicolae Ceausescu and the way Romania was governed.

However, Swiss tennis player Dimitrie Sturdza of Romanian origin who was friends with him said he knew he was reporting on him, gsp.ro sport reported.

“He told me he was writing reports about me, even back then,” he said. “He asked me to tell him if I or my family spoke about the communist regime…I understood Ion. If he hadn’t have written those reports, maybe they wouldn’t have let him play abroad.”

The tennis player was also friends with Gheorghe Maurer, a former Romanian prime minister who was in office for almost 13 years. The communist leader apparently taught Mr Tiriac to hunt.

Jean Mauer, the son of the late prime minister told gsp.ro. “My father was a mentor for Tiriac, who turned out to be an opportunist. He used the relationship to get immunity.”

“When my father grew old after the revolution, he paid just  60,00 German marks for his collection of 32 hunting rifles, although they were worth ten times more,” he said.

The infamous secret police kept tabs on millions of Romanians under Communist dictator Nicolae Ceausescu with an army of spies. Thirty years later, it has left a legacy of mistrust and even trauma.

Still, ordinary people can apply to see their Securitate files. Officials are vetted for some high-level jobs in the public sector, but there is no lustration law.

Until thus year, the former tennis player was the only Romanian on the Forbes list of the world’s billionaires, with a fortune of $1.7 billion. He lost his crown to Daniel Dines, the CEO of Romanian software vendor UiPath  which recently debuted on the New York Stock Exchange (NYSE) .