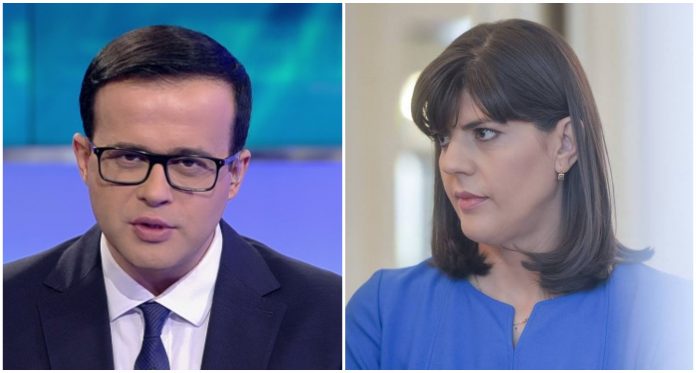 Romania’s Laura Codruţa Kovesi who was appointed the new EU chief prosecutor this week, has unfinished business in her home country.

Kovesi recently won a lawsuit she filed in 2014 against the Antena 3 news station and several of its journalists, but still hasn’t received the 300,000 lei (63,000 euros) that a court ordered be paid to her in moral damages.

Now, Kovesi’s lawyer Daniela Frasie has sent an official letter to the director of the station giving him 15 days to pay the damages and apologize publicly as per the court ruling, Adevarul de azi reported Saturday.

The lawsuit came after the station broadcast a news program in June 2014 where several journalists accused Kovesi, then chief-anti corruption prosecutor, of covering up an investigation against the brother of Traian Basescu, who was president from 2004 to 2014.

Kovesi sued for damages but the station appealed, and the case went on for several years. Last month, however, the station lost the appeal when the Court of Appeal in Ploiesti upheld an earlier ruling that the station had violated her dignity and reputation and right to a private life.

In its ruling, the court also ordered the station to publish the sentence three days consecutively.  Antena 3 has been extremely critical of Kovesi for years. The station generally supports the Social Democrats who found fault with Kovesi’s anti-corruption drive.

The outgoing government of Viorica Dancila manoeuvred her dismissal in July 2018 when then-Justice Minister Tudorel Toader published a 20-point report accusing Kovesi of overstepping her authority and of pursuing cases with high-level media impact.

But Kovesi won plaudits from the  EU, the U.S. State Department, President Klaus Iohannis and thousands of ordinary Romanians for her tough approach to high-level graft.

The office will be based in Luxembourg and become operational by 2020.

The anti-corruption unit she headed, known as the DNA, obtained a 10-year sentence in Aug. 2014 against Antena Group owner Dan Voiculescu in a case related to the illegal privatization of an agriculture research institute in Bucharest and ordered him to pay 60 million euros in damage caused to the state.

Following the ruling, the state seized several assets Voiculescu owned in Bucharest, including the Antena 3 headquarters. Voiculescu was released in July 2017 after serving three years of his ten-year sentence.