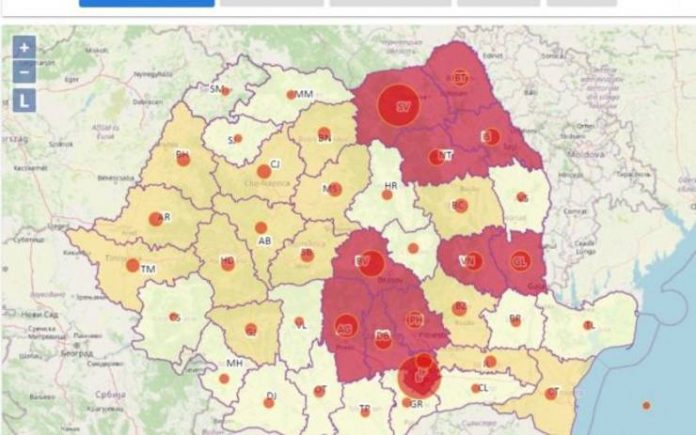 After a legal void which allowed thousands of Romanians infected with the  virus to walk out of hospital and authorities unable to lock down areas where there were Covid outbreaks, a law came into effect Tuesday giving the government the power to quarantine.

Areas which could see lockdowns under the new law are the capital Bucharest and another 10 counties which have seen a spike in coronavirus cases in recent weeks, government statistics show.

Most SARS-CoV-2 infections are in Bucharest where there have been 4,618 cases, although many have recovered. There were new 151 infections on Tuesday.

Prime Minister Ludovic Orban praised the law saying that 900 patients had walked out of hospital in the last three weeks and 3,000 Romanians who were confirmed to have the virus refused to be hospitalized.

That happened after Constitutional Court said in a July 2 ruling that the government didn’t have the authority to enforce quarantine or hospitalization, and such measures could only be taken through a parliamentary law

Orban confirmed that he wouldn’t lockdown an entire county but would quarantine areas if there were outbreaks or the virus wasn’t under control.

He said the government was looking at three places in the county of Arges and 3-4 places in Brasov county where numbers were high.

Before deciding to impose a lockdown, Orban said the government would consult with local authorities and the public health department. Places were there were more than 3 cases per 1,000 residents could be quarantined to stop the spread of the virus which has killed more than 2,000 people.

Most deaths have occurred in Suceava, the initial epicenter of the outbreak where 301 people have died. There have been 164 deaths in Bucharest, and 110 in Galati. One hundred people have succumbed to the virus in Brasov and 83 have died in Arges, with 82 deaths in Botosani and 77 fatalities in the western county of Arad.

The law allows for authorities to isolate infected people or people who test positive but don’t have symptoms, who can be held for a maximum of 48 hours, and discharged upon a medic’s advice.

Prior to the law, the government managed the outbreak through a series of decrees by hospitalizing those who were infected and by isolating people who might have been exposed.