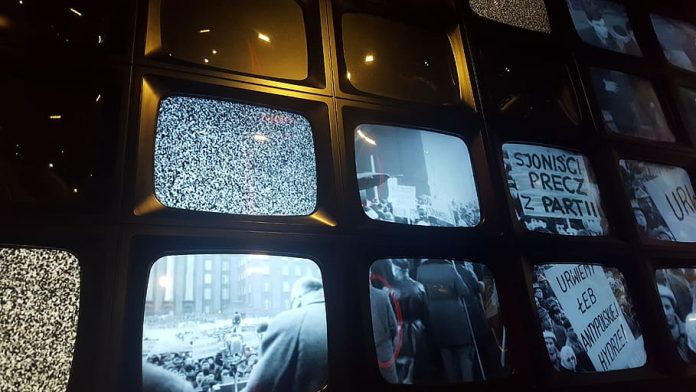 Romania’s government on Wednesday welcomed an appeal by the European Council  to governments to step the fight against growing anti-Semitism across the continent.

The European human rights  expert body on racism and intolerance on Wednesday updated its recommendations on preventing and combating anti-Semitism. The Council of Europe has 47 member states

Council of Europe Secretary General Marija Pejčinović Burić said: “Anti-Semitic attacks – including in schools, vandalism of synagogues and the spread of anti-Semitic hatred online – are on the rise.”

“This is a dangerous trend… European governments should join forces to counter such extremism in all its forms”.

“The Romanian government welcomes this development” said Alexandru Muraru, a Liberal lawmaker in response. He is the prime minister’s adviser on the Holocaust and anti-Semitism issues.

He called the “rise of anti-Semitic hatred online in Europe… deeply troubling.”

“Regarding prevention and education, (the commission) encourages political actors, opinion leaders and other public personalities to take a firm public stand against anti-Semitism. (It must) make clear that anti-Semitism should never be tolerated,” the press release said.

ECRI Chair Maria Daniella Marouda said the commission  “strongly emphasizes the role of education, including education about the Holocaust.”

This will serve to promote tolerance and respect for human rights in the struggle against anti-Semitism, the statement said.

In Bucharest, Mr. Muraru said that Romania had also seen worrying trends in the last year. He said there had been more  “anti-Semitic incidents online and offline committed by political extremists and egged on by the public discourse of an extremist party in the Romanian parliament.”

He was referring the far-right Alliance for the Union of Romanians (AUR) which did unexpectedly well in 2020 parliamentary elections a year after it was created to take fourth place.

However, the statement in Bucharest also said that Romania had made ”legislative and institutional progress” in the last 15 years. It has become “a regional model in taking responsibility for its past and combating Holocaust distortion and denial.”

Holocaust denial, including denial of the Holocaust in Romania, which was allied to Nazi Germany for part of World War II, was first made illegal  in an emergency decree published in 2002. That was  ratified by Parliament in  2006. The law was updated in 2015.

President Klaus Iohannis signed legislation into law in 2015. The law makes public denial of the systematic slaughter of Jews by Nazi Germany, along with a number of other offenses,  punishable by up to three years in prison.