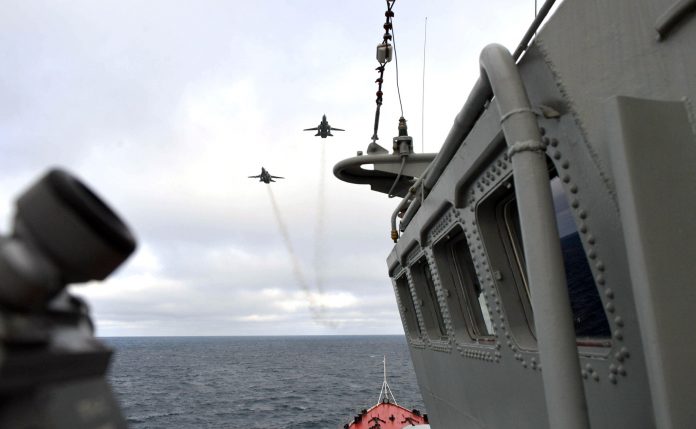 Russian defense ministry said Friday that U.S. military activity in the Black Sea region was aggressive and posed a threat to regional and strategic stability, the Interfax news agency reported.

The ministry added that it had detected six NATO reconnaissance flights over the Black Sea in the past 24 hours., Reuters reported.

“We have discussed about the importance of increasing the U.S. presence in the region and in Romania,” the minister said at an Atlantic Council event a day after the meeting ― which also focused on economic and energy cooperation in the region.

They agreed to collaborate on Black Sea security issues and Russian aggression against Ukraine and others on NATO’s eastern flank.”

The Black Sea has become a flashpoint in tensions between Moscow and the West after Russia annexed Crimea in 2014. That gave it access to the peninsula’s Black Sea coast.

“We have neglected ― we’ve become somehow accustomed to these protracted conflicts,” Aurescu said this week. “Some call them frozen, but they are not frozen. What is frozen is the solution of these conflicts. The conflicts are there, their resolution is being delayed.”

Aurescu said he and Blinken discussed further consolidating NATO’s defense and deterrence posture  “especially at the Black Sea, where we see that there are a lot of a lot of tensions and interesting evolutions.”

He said allied resources were imbalanced in favor of the north end of NATO’s eastern flank and needed to shift toward the south “to build this coherent approach of the East Flank as a whole.”