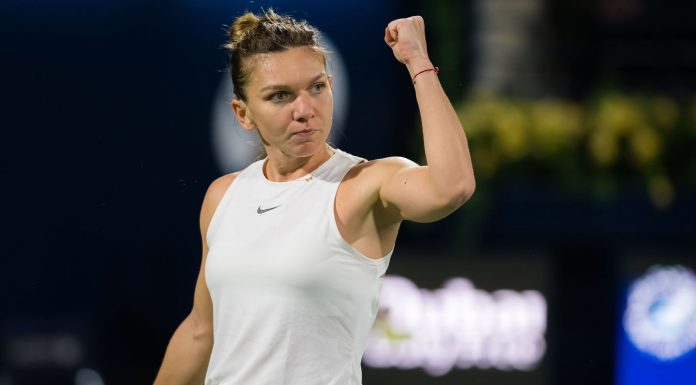 Simona Halep on Monday claimed the Rome title  6-0, 2-1 in just over half an hour after Karolina Pliskova retired through injury.

It was third time lucky for the Romanian player who took the Italian Open on Monday after losing the finals in 2017 and 2018.

“It was a good energy on court,” Ms Halep said thanking the few fans who watched the game. The coronavirus pandemic has closed stadiums to spectators.

It was also her third consecutive title this season after winning in Dubai before the Covid-19 pandemic suspended tournaments and then in Prague last month. The victory extends her winning streak to 14 matches.

Ms Halep, who even shook off a hard fall in the second game, played a bullish and disciplined game, while Pliskova struggled to really get into the match, failing to hit a single winner.

Ms Pliskova, seeded two, received treatment on her lower back and leg after Ms Halep won the opening set.

The limited number of fans allowed into Foro Italico’s center court cheered on Ms Pliskova and applauded the occasional points she scored. She seemed to start the second set better, with the pair breaking each other’s serve.

However, she was clearly battling an injury and opted to retire to give Halep her first title in Rome.

„I know that’s not the way how Karolina wanted to finish the tournament and the final,” Halep said at the trophy presentation ceremony. „Good luck in the French Open, hopefully we will meet again there in the final.

„I love this tournament and I’m really happy that I have this beautiful trophy in my hands now,” Ms Halep said.