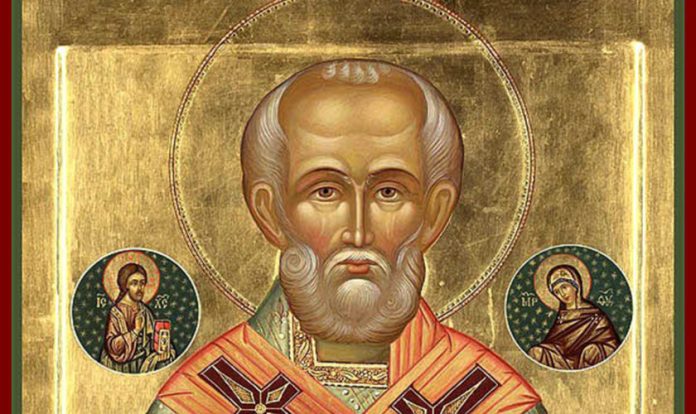 Romanians on Monday awoke to one of the most anticipated days of the year_ especially for children.

St Nicholas is a Christian saint  celebrated by Orthodox, Catholics and Anglicans and associated with gift-giving.

It’s also a name day for more than 800,000 Romanians who are called Nicholas or variations of the name, according to an interior ministry database.

St. Nicholas is also the protector of sailors in Greece. The day is generally seen as a precursor to the bigger feast of Christmas.

As well as the gifts and sweets, naughty children traditionally receive a twig or a whip as a warning, although it’s unclear how strictly the custom is.

Children put their boots out the night before. They are expected to be clean, polished and neatly arranged. Other European countries use socks.

It is sometimes seen as the official start to winter. Saint Nicholas is often depicted as a bearded man on a white horse.

It is said that if it snows on 6th December, Saint Nicholas shook his beard. According to rural tradition, people make a snowball on that day and put it in a bowl inside and when it melts, water plants with the melted snow.

If it doesn’t snow on December 6th, it is said that Saint Nicholas got younger.

Other traditions say people should place twigs from fruit trees in their homes. If they bloom, it is said that the next year will be a good year.

In villages, young women bake pies and young men get together in a group and decide which house to visit to get a pie.

In Germany and Poland, boys traditionally dress as bishops and beg alms for the poor.

In the Netherlands, Dutch children put out a shoe filled with hay and a carrot for Saint Nicholas’ horse.

The American  Santa Claus and British Father Christmas have their origins in Saint Nicholas. „Santa Claus” comes from the Dutch Sinterklaas, the saint’s name in that language.