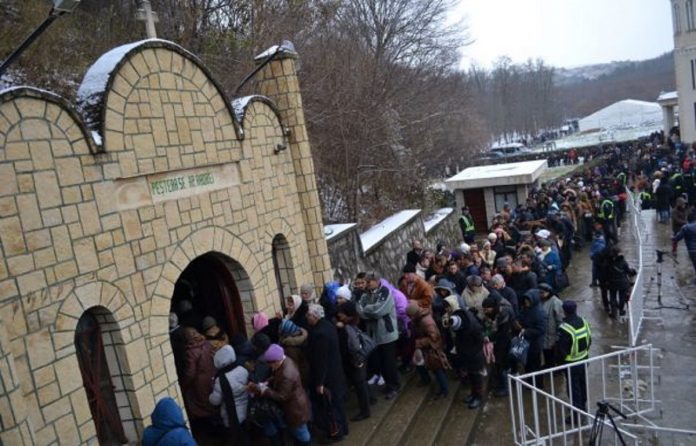 More than 900,000 people in Romania named after St. Andrew celebrated their name day on Tuesday.

Andrew, an apostle of Jesus is the patron saint of Romania, Scotland, Ukraine and of Russia and other countries.

Like his brother Peter, he was a fisherman by trade. Jesus called them to be his disciples by saying that he will make them ‘fishers of men’.

The Romanian Orthodox Church says Andrew preached the Gospel in Dobruja, in modern-day Romania to Daco-Romans, whom he is said to have converted to Christianity.

St Andrew’s Day has been a national holiday since 2015. It comes a day before the national day.

More than 900,000 Romanians who are called Andrew or Andrea or different versions of the name celebrated their name day.

There are officially some 500,720 men and boys and 422,638 women and girls who are called some variant of the saint’s name, the interior ministry said, cited by Agerpres.

The most common name is the plain Andrew or Andrei in Romanian, which 471,375 Romanians have,

There are derivates of that name such as Andi, Andreiasi, Andrew or even  Andrey. Others are called Ondras, Endre, Andraş and Andrea.

Andreea, with two ‘es’ is the most popular female name. Next comes Andra, Andrada, Andrea with a single ‘e’ and Deea or Deia.

Andrew along with his brother Peter was one of the 12 Apostles of Jesus. He died in about 60 AD, in Patras, Greece.

Dozens of energy companies in Romania fined 450,000 lei for failing to cap energy...