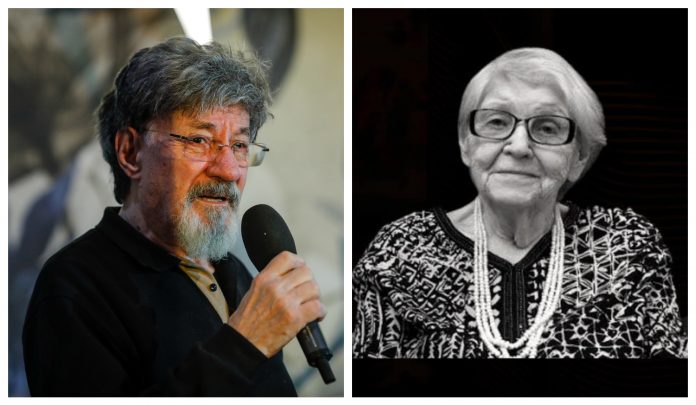 Romania will honor an actor who was a prominent figure of the 1989 anti-communist revolt and the sister of the leading symbol of anti-Communist resistance in Romania who both died this week.

The aim of initiative is to remind people of the horrors of communism which ended in 1989. It is also to keep the memory of people associated with anti-communist resistance alive.

A statement from a government adviser called Ion Caramitru and Flavia Balescu-Coposu “firm opponents of the communist regime.”

As gunfire erupted around the city in December 1989, Mr. Caramitru, a popular actor, rode to the television station atop a tank. He appeared with a group of ad-hoc revolutionaries on the recently-liberated state television station.

His training as an actor prepared him for the historic moment. He announced to the nation that dictator Nicolae Ceausescu and his wife Elena had fled after more than  24 years of hard-line rule.

Weeks before Mr. Ceausescu’s ouster, the actor irritated_ and surprised_ Romanian embassy officials in London by reciting an anti-communist poem which was not on the official program at a cultural event.

The actor’s father had been a political prisoner and years later he confessed to having a deep contempt for the communists. He died on Sunday aged 79.

Less well-known than the famous actor, Flavia Balescu-Coposu was the eldest sister of Corneliu Coposu, who spent 17 years in communist jails and lived to see its overthrow.

As the daughter of a Transylvanian priest and sister of a political prisoner, she was unable to find any work except for unskilled jobs in the provinces in the early years of communism.

After her brother’s death in 1995, she became the caretaker for the institute named after him. She “supported the restoration of a democratic regime… After his death, she carried on his democratic ideals which the Coposu family fought for throughout history,” a statement said. She died on Tuesday aged 96.

The initiative to remember the pair as symbols came from Alexandru Muraru, an adviser to the prime minister on anti-Semitism. His role also involves keeping the memory of communism alive.

He called the pair “”firm opponents of the communist regime”. He said streets and schools would be named after them to remind future generations of the horrors of communism.

“These are personalities who defended democratic values and were active after 1990 in consolidating a pluralistic, free, tolerant and European Romania.”

“The Romanian government will support future initiatives, at the national and local level, and offer support,” the statement said. He called the deaths “a great loss for Romanian culture and society.”

“They both fought permanently to defend human rights, civic liberties and democracy. Implicitly, they promoted European values and Romania taking its place in the community of free nations.”

Busts, statues as well as streets and squares are expected to be named after them postmortem. Schools, grants and educational institutes will bear their names under the plans.

“This is an important message for future generations” which are not traumatized by dictatorship and a lack of freedom.

“They will learn… about the importance of democratic values and a civic spirit.”