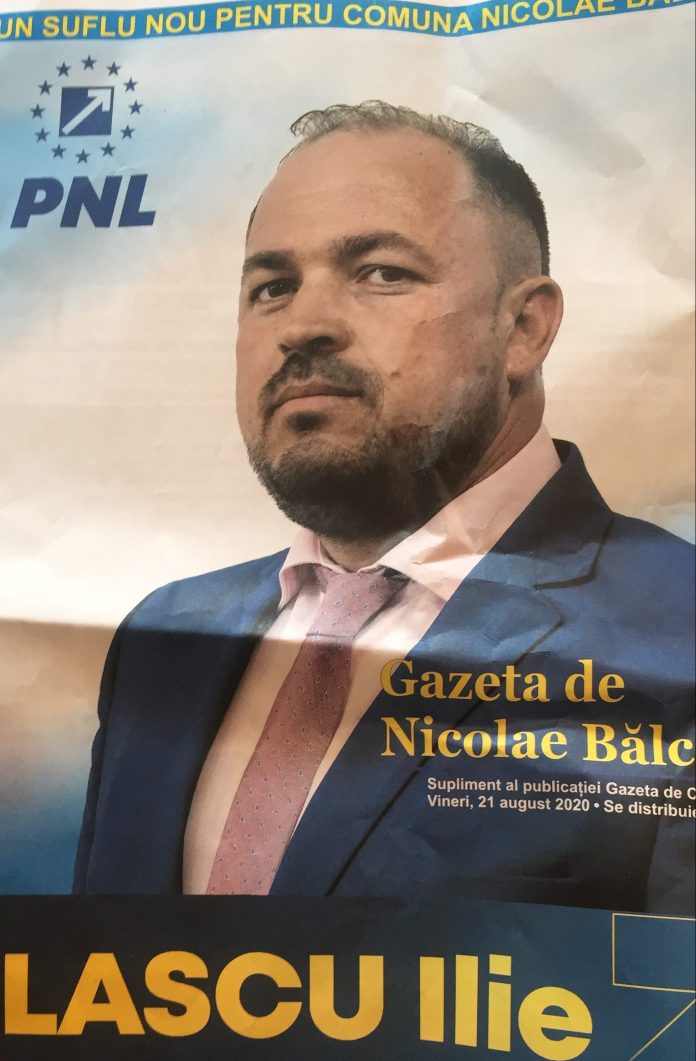 Earlier this year I wrote about how there is less tolerance toward journalists, particularly from ordinary people who sometimes have little idea of the role of the press in a democratic society.

On Thursday, I traveled to the southern village of Nicolae Balcescu to report a story on the drought which has badly hit parts of Romania, particularly the east and the south.

Nicolae Balcescu is a village where they grow wheat, corn, rapeseed and barley. the crops have been decimated by this year’s drought.

My visit began with an interview with the incumbent mayor Constantin Giurea about the situation. Mr Giurea has been mayor since 1996 and isn’t running for another term in Sept. 27 elections. He told me that Liberals were fielding businessman Ilie Lascu who doesn’t come from the village, but has invested in a stadium there. He’s the favorite for the post.

As I was focused on the effects of the drought, I didn’t take much notice of the details of the political story in the village of 1,800.

Several hours, interviews and dusty fields later, I decided to take a picture of the local shop. I waited until a person appeared outside the store which was adorned with electoral posters to make the shot more interesting.

A man on a bike started kvteching that I didn’t have the right to take his photo and I should delete it. “Google blurs people’s faces,” he grumbled. I shot a few more photos of some local lads. None of the pictures were particularly good, or interesting.

Reporting is thirsty work and I bought a bottle of water and sat in the car, plotting my next move.

Suddenly, a man and a woman from the shop appeared at my window demanding to know why I had taken pictures without permission. I explained I was doing a story about the drought in the region and the shop was marginally interesting as it had electoral posters.

But they challenged me again. So I got out of the car and faced them. The man who was tall with a brightly checked shirt and neatly trimmed beard wanted to know who sent me. He repeated the question several times. „Cine t-a trimis?” I said I came of my own volition to do a story on the drought the area is facing. He told me that you don’t report on droughts when there are elections. I said the drought was an ongoing story regardless of elections.

I said I’d interviewed the mayor earlier in the day and he was not impressed. He said I had no right to take photos of the shop with posters, and I said they were public posters. They both said I needed permission from the shop owner, so I asked for his number and was told he was busy and not in the vicinity.

I asked the man who he was and what right did he have to ask me these questions.

It was then he revealed he was Ilie Lascu, the frontrunner on the posters I was taking photos of. I laughed at the irony, and said I’d heard he was the favorite for the post and asked him for a quote about the drought. I gently mentioned that this was not a way to behave before you are elected.

He wasn’t delighted at the about turn, but it was a moment for him to save face and to defuse a potentially unpleasant situation. He told me the drought was bad, without elaborating much, and advised I looked at his electoral newspaper, which I gladly did.

I don’t know how close the election is in Nicolae Balcescu, but anyone running for office in Romania should understand the role of a democratic press.

In the past I have written about ordinary people being less tolerant of journalists and their work, particularly with the pandemic.

I urge all Romanian political parties to make sure their candidates know what the role of the press is and how to conduct themselves.

As for Nicolae Balcescu, if Mr. Lascu is elected, I hope he will swiftly learn the conduct expected of someone holding public office.