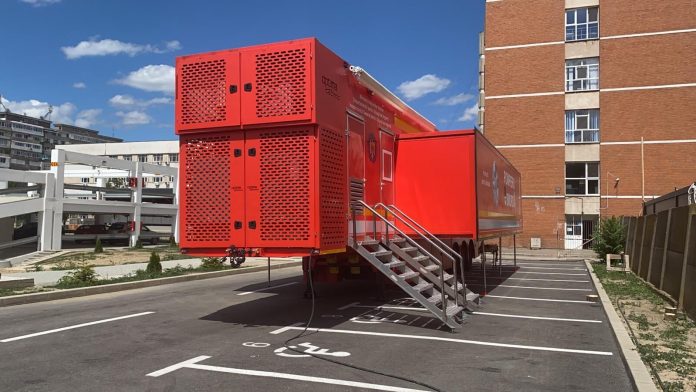 Three Covid-19 patients died on Monday after the oxygen supply at a mobile intensive unit where they were being treated was reportedly disrupted, in what was Romania’s third hospital tragedy involving virus patients in recent months.

Five more Covid-19 patients who were being treated at the unit were rescued. They were sent to other hospitals around the capital.

The deaths on Monday come after two deadly hospital fires in which at least 20 virus patients died.

The latest incident happened at a mobile ICU unit Monday evening at the Victor Babes Hospital in Bucharest. Prosecutors are investigating.

The Department for Emergency Situations said staff reported that the ventilators automatically shut down after oxygen pressure levels were too high, Agerpres reported.

The unit was installed only last week and was already operating at maximum capacity. Eight seriously ill patients were being treated there.

Romania’s underfunded health system is creaking under pressure from the pandemic. It spends about half of the average 10% of GDP which European Union members allocate for health.

The mobile unit is run by the Department for Emergency Situations, an interior ministry department.

It’s not the first time there have been problems with these units. Smoke was seen coming out of a generator at a mobile intensive care unit at the Marius Nasta lung hospital in February. Seven patients were moved to other hospitals.

Another mobile unit in the northern city of Botosani was temporarily shut down after it rained.