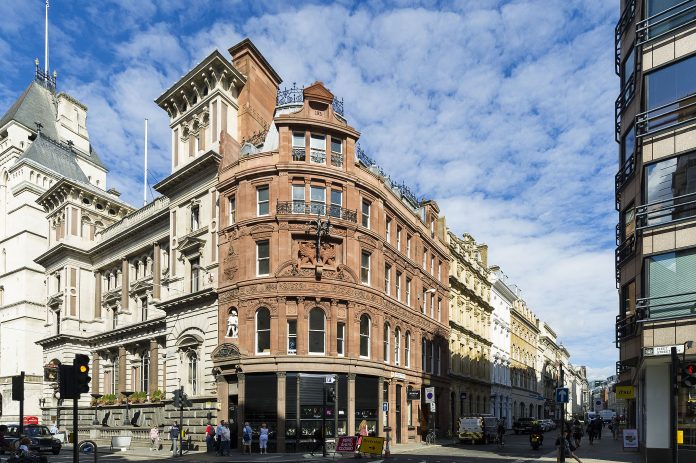 Two Romanians have been arrested and extradited to Britain in connection with a diamond heist where thieves tunnelled into an upmarket London jewellers and stole 300,000 pounds of gems and valuables in an audacious heist, a Romanian newspaper reported.

Marian Sorin Munteanu, 43, and Cristin Florin Neagu, 46, were extradited following a ruling by the Court of Appeal of Iasi, the Ziarul de Iasi reported. A third man, identified as Nicolae Sisca, 45, was arrested earlier in Britain.

Munteanu and Neagu, from the town of Barlad northeast Romania, were detained in Romania after a judge at the Westminster Magistrates’ Court issued a European arrest warrant in their name. They were then extradited “in great discretion”

The publication said the thieves had rented an apartment next to the jewellery store on Fleet Street,   but had left clues and were identified by British authorities, according to documents. One of the alleged thieves was filmed on closed-circuit television and his face was identified when he left Britain on the Eurotunnel.

Munteanu, who was registered as company director in Britain, said he lived there with other people said he didn’t know he was under police investigation.

The burglary at George Attenborough and Son jewellers in March led to claims the thieves must have tunnelled in, sparking comparisons to the 2015 heist in Hatton Garden. Police said that the thieves broke in through a wall to gain access to the jewels inside.

Scotland Yard’s Flying Squad headed the hunt for those behind the heist on the shop, which specializes in diamond rings, necklaces, pearls and other expensive jewellery.

The theft happened when a half-marathon was taking place close to the jewellers, which is on Fleet Street in central London. The store is shut over the weekend and is in an area where most shops and offices would also be closed outside normal working hours.

Simon Moring, the police officer leading the investigation, called it “an audacious burglary, and there are elements that appear to have been planned with some precision by the suspects. They broke through a wall in order to gain access to the store.”

As well as breaking into the shop, which was established in 1843 and describes itself as “one of the United Kingdom’s most iconic, traditional jewelers”, the thieves would have had to bypass alarms and security once inside.

The store’s website says: “Our array of diamond and gem-set jewellery remains locked into the world of fine luxury goods where style and form remains timeless and non-dating.” It also values jewellery for insurance purposes, taking a commission of 1% of the value plus a £25 handling fee.

If found guilty, the three face up to 10 years in prison.