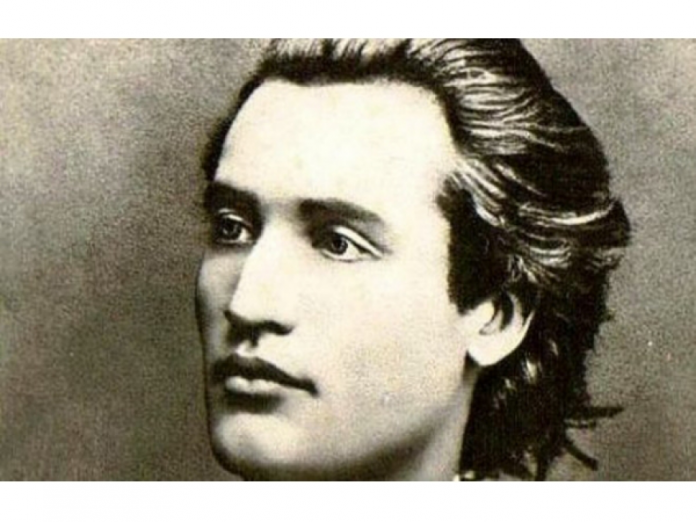 Romania is traditionally linked to France due to linguistic, historical and cultural roots. But the country’s most important cultural figures were educated and formed in Germany, and have added prestige and depth to more than 150 years of Romanian history.

And while many of the figures are from the last century or even earlier, contemporary cultural figures from Romania continue to be inspired by Germany and leave their mark on the country, Romania’s Ambassador to Romania Emil Hurezeanu said in an interview.

Romanian culture is celebrated every year on January 15th, the birthday of Romania’s and Moldova’s national poet Mihai Eminescu, a 19th century Romantic poet who wrote about genius, death, love and nature.

Romania considers itself a Latin island in a Slavic sea” or a “Latin enclave at the gate of the Orient,” a place where Western traditions meet the Eastern customs, a country where Romanic, Gothic and Renaissance churches can be found next to Orthodox churches, synagogues and mosques.

Germany is not only Romania’s top trading partner, but since the 19th century has been a source of inspiration, a seat of learning and place to work for Romanian composers, poets, linguists and politicians, from Mihail Kogalniceanu to Sergiu Celibidache.

„Some of us left ‘home; and to go abroad and study,” Romania’s embassy in Germany said in a post on Facebook and listed Romanian cultural figures whose lives were intertwined with Germany.

Among them are Mihail Kogalniceanu, one of Romania’s best known statesmen.

He studied in Luneville, France, and then Berlin before returning home to become prime minister from 1863 to 1865 and introduced the first reforms of modern-day Romania. A moderate Liberal, he introduced reforms to abolish Roma slavery. An airport, streets and a university in the northeastern city of Iasi carry his name.

Like many well-heeled Romanians, Titu Maiorescu studied in Vienna and then in Germany, earning his doctorate in Giessen, before continuing his studies in France and returning home to Romania.

He was one of the major figures of the contemporary Romanian literature and left a mark on writers. The Romanian Cultural Institute in Berlin is named after him.

Romania’s national poet, Mihai Eminescu, whose birthday became the National Culture Day, studied in Vienna and then became a student in Berlin, working for a time as a personal secretary at the Romanian Diplomatic Agency before returning home to Romania.

Back in Romania, Mihai Eminescu became a writer, and a top Romanian cultural journalist.

The Romanian embassy in Berlin noted that other cultural figures from Romania had spent time in Germany and created “an exceptional valuable patrimony.”

Among them are Sergiu Celibidache, the Romanian conductor and composer who conducted at the Municher Philharmoniker from 1979 until his death in 1996. It is said that he conducted “unusually lengthy, detailed rehearsals and achieved  a state of transcendence in the concert hall,” to mold the Bavarian orchestra into an ensemble to rival the Berliner Philharmoniker, which he had conducted more than 400 times in the years following World War II.”

Eugenio Coseriu as he was known outside Romania (Eugeniu Coseriu was his Romanian name), was a linguist born in the Kingdom of Romania in 1921 (which later became the Republic of Moldova). He left Romania before communism and was a specialist on Romance languages at Germany’s University of Tubingen, and author of 50 books and became a honorary member of the Romanian Academy in 1991.

He studied in Rome and Milan and also taught in Montevideo and Bonn. UNESCO has included him on its agenda in 2021 to celebrate 100 years since his birth.

Another cultural figure with links to Germany was Ovid S. Crohmalniceanu, a Romanian Jew born in Galati in1921.  He was a Romanian literary critic and  science fiction writer who died in Berlin in 2000.

He was  a professor at the Department of Romanian Language and Literature of the University of Bucharest and led a literary circle in the 1980s which inspired writers such as Mircea Cartarescu, Mircea Nedelciu and Matei Visniec. He settled in Germany in 1992 and died there in 2000.

He listed a large number, including actors such as Alexandra Maria Lara, famous German singer Peter Maffay who was born in Brasov, the historian Christian Maner, violinist Andrei Ionita, and the conductor, Cristian Macelaru.

“We can boast of an impressive gallery of talents from the Romanian world of culture who provide the German public with an inside view of Romanian culture and society,” Ambassador Hurezeanu told Glose, a publication edited by the Ipotesti Center dedicated to the study of Mihai Eminescu.

“If we are talking about a special relationship with a birthplace, I can tell you that Germans perfectly understand  the special value of this cultural patrimony and its origins,” which is embodied in the word ‘Heimat’ which means the place where you are born as well as the traditions, culture and customs of that community, he said.