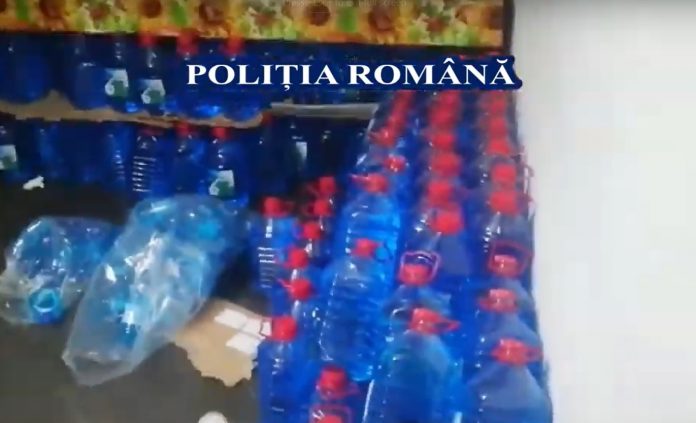 A Jordanian and two Iraqis are to stand trial on charges of killing 17 people who died after they drunk tainted alcohol.

Ali Dawoud, 65, his son Satar Dawoud, both Iraqis and Fuad Ahmmed, 57, will stand trial in the northeast city of Iasi, after a months-long investigation, Ziarul de Iași reported.

They are charged with murder, making counterfeit medicinal alcholo and fraud. If found guilty, they could be sentenced to life in prison.

Dozens of relatives of the 17 have asked for damages in the case. The trial will start in November.

Prosecutors said the three laced medicinal alcohol with methanol which can be fatal for profit.  The product which they called was composed of 70% methanol, 30% water and blue egg dye.

They sold the product in half-liter bottles which was produced in Iasi, Bucharest and the county of Ilfov at the beginning of the pandemic when medicinal alcohol was in high demand and short supply.

Normally, medicinal alcohol is made from ethanol, which is more expensive and far less toxic.

The concentration of methanol was 300 times the fatal dose, according to coroners.

In May, prosecutors said the alcohol was distributed in the Iasi region and after using or ingesting it, 10 deaths were recorded as a result of methanol poisoning.

Prosecutors began investigating in mid-April after a man was found dead in his courtyard, a day after two other suspicious deaths were reported in the area. There were more deaths in the coming days. All the deaths were people who lived in villages. Police identified the vendor who is also demanding damages from the three men.

Ethanol which is used in medicinal alcohol, also known as ethyl alcohol, drinking alcohol or grain alcohol, is a flammable, colorless, slightly toxic chemical compound, and is best known as the alcohol found in alcoholic beverages.

Because of its similarities in both appearance and odor to ethanol, it can be difficult to differentiate between the two. Methanol can  cause permanent blindness or death.