Romania has joined other European countries amd suspended flights to from the UK for a fortnight after the discovery of the mutant ‘super-Covid’ strain there that is 70% more infectious that has led to brutal new restrictions.

Some Romanians scrambled to change their flights tickets to escape Britain after the government there imposed the toughest restrictions ever there on Saturday after the appearance of the new strain.

Romania’s National Committee for Emergency Situations met and on Sunday evening decided to suspend flights to and from the UK starting Monday evening for the next 14 days.

Italy, the Netherlands, Belgium and Austria canceled flights carrying passengers from the UK on Saturday while Germany and France are also considering moves to stop travel from midnight until Jan 6 after the discovery of the mutant strain.

The travel bans came into effect less than 24 hours after British Prime Minister Boris Johnson  claimed on Saturday that the new strain of Covid-19 might be up to 70 per cent more transmissible than existing strains.

The restrictions have disrupted  hristmas for around 18 million people in southern England, including London, last night by moving swathes of the country into a rough ‘Tier 4’ regime.

Under the new rules, non-essential shops – as well as gyms, cinemas, casinos and hairdressers – have to stay shut and people are limited to meeting one other person from another household in an outdoor public space.

Those in Tier 4 were told they should not travel out of the region, while those outside were advised against visiting.

There are about half a million Romanians living in the UK and there were reports that many changed their flights at the last minute, fearing they would be unable to travel to Romania for Christmas.

Earlier, the head of Romania’s Emergency Services Raed Arafat said Bucharest would “decide today or tomorrow” whether to suspend flights from Britain.

”Today-tomorrow there’ll be a decision,” he said. Currently, travelers from the UK don’t have to spend a fortnight in quarantine when they arrive in Romania.

”I ask people to understand that we are in an unusual situation,” Dr. Arafat said.

Italy, Belgium and the Netherlands have canceled flight to and from the UK, while France and Germany will follow suit. 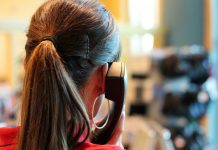