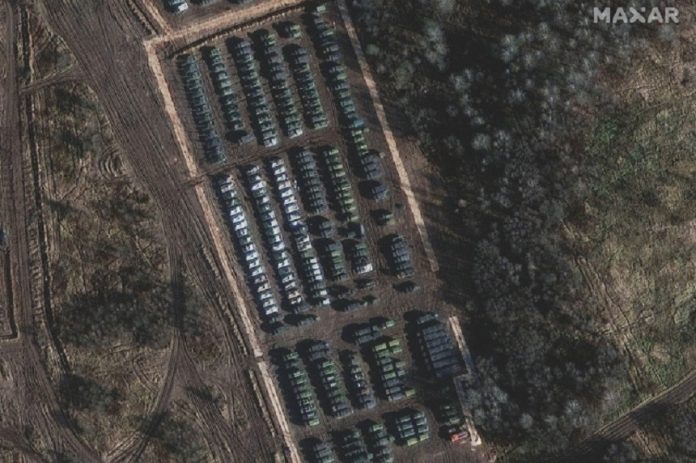 The president said the U.S. would not withdraw troops from former Warsaw Pact countries to de-escalate tensions with Russia. Moscow has demanded a pullback of troops.

Also, Wednesday President Emmanuel Macron said France is ready to contribute NATO troops to Romania, an announcement he made in front of military leaders at a command headquarters near Strasbourg.

I welcome the explicit announcement of President @JoeBiden to increase the US 🇺🇸 military presence in Romania 🇷🇴, on the Eastern Flank, if the security situation deteriorates further. RO-US Strategic Partnership and @NATO solidarity are very strong. @POTUS

Tensions have been growing in recent months amid a buildup of Russian troops near the Ukrainian border.

“We won’t permanently station,” said Biden, “but the idea we’re not going to we’re going to actually increase troop presence in Poland or Romania, et cetera, if, in fact, he moves because we have a sacred obligation on Article 5 to defend those countries, they are part of NATO.”

He also said he believes that Russia is preparing to take action on Ukraine, though he doesn’t think the Russian president has made a final decision. He suggested that he would limit Russia’s access to the international banking system if it did further invade Ukraine.