A  U.S State Department official called President Vladimir Putin’s threat of nuclear retaliation in the Ukraine war „completely irresponsible” and said a „weak” Russian leader was pushing ahead with „sham” referendums in Ukraine.

“It is completely irresponsible for a nuclear power to threaten or talk about using nuclear weapons and nuclear war can never be won and should never be fought,” said Robin L. Dunnigan, the Deputy Assistant Secretary in the Bureau of European and Eurasian Affairs.

“The United States continues to urge President Putin to be a responsible nuclear power and including with the words that he uses,” she said in an interview on Sept. 21 made available to Universul.net.

President Putin on Wednesday announced a partial mobilization of troops to bolster his failing invasion of Ukraine. His speech included a threatening reference to Russia’s nuclear arsenal: “With a threat to the territorial integrity of our country, to protect Russia and our people, we of course will use all the means at our disposal, this is not a bluff,” the Russian leader said.

But Ms Dunnighan said: “I believe that what we’re seeing right now with the threats to go through with the sham referenda… in Donetsk and Luhansk and with the calls from mobilization by President Putin…  really this reflects that Russia is operating from a position of weakness and not strength,” she told John Florescu, an American documentary filmmaker, who conducted the interview for Alianta, a national Washington-DC organization for strengthening US-Romanian relations.

If Russia sends more soldiers to Ukraine “to fight a war that they don’t even know what they’re fighting for, against a force that is fighting for their very lives in their territory. Then (Putin)  is sending soldiers to a needless death. There is only there’s one country that started this war and that country can end this war any day.”

“And Putin always has a habit of sort of upping the ante. And I noticed that the Russian ambassadors…. made the distinction… in the last 24 hours that nuclear weapons would only be used for protecting mother Russia.”

Here are some excerpts from the interview.

On NATO: “I want to reiterate that NATO and Ukraine are  not, and have not been threats to Russia. NATO is a defensive Alliance. Ukraine was, is, was not, and is not a threat to Russia.

“ What Ukraine has really been trying to do is build a modern democratic state that, that adheres to universal values, universal values that in fact are enshrined in the UN charter of which Russia is a member.”

Ms Dunnigan said her “marching orders” from US President Joe Biden were “to strengthen our relationships and our partnerships with our allies and partners in Europe and all of our, within the NATO Alliance and bilaterally with our NATO Alliance partners.”

“Romania’s right there on the Eastern flank. And so much of what Romania has done to strengthen its own defenses and its abilities to defend itself within NATO right now, really matter. So Romania is a leader among NATO countries in meeting its pledge to commit GDP 2% to, to its defense.

Romania has been a key contributor to Black Sea security… Romania has signed a 10 year defense cooperation roadmap with us to modernize its military. Romania’s taking all of these critical steps.”

“I think Romania has prepared itself to defend itself and, and particularly within the NATO Alliance and is a critical NATO partner for the United States.

Romania has seen 2 million refugees cross its border since the invasion began and there are 85,000 Ukrainian refugees are in the country.

On Moldova. Romania has given 110 million euros to Moldova and the U.S. has „increased our assistance to Moldova significantly. We’re up over 150 million, what that’s going toward humanitarian assistance, but also toward helping defray the costs of energy, helping Moldova.”

„I think this is really a time where European partners and others have to look at how do we support Moldova, because it’s a very difficult time for president Sandu, as she’s trying to strengthen her government and grow the democratic institutions in that country. ”

On Russia’s invasion. “I think by almost any measure, this has been a failed operation and endeavor by President Putin… He has had to recalibrate the goals or has completely failed at achieving those goals.”

“So, the plan to take Kiev that didn’t happen. The plan for the war was for the war to be quick (but) that hasn’t happened. (It) planned on NATO and the West not being strong and united. We’re stronger and more united than ever, he thought the sanctions or export controls wouldn’t hurt his economy. The Russian economy is really hurting. The export controls in particular are taking a toll on key sectors in Russia. So I don’t see that this war is a strategic win for President Putin in any way.”

On the cost of rebuilding Ukraine: “Some unofficial estimates are it is going to be a 750 billion project. So it is daunting what’s ahead of us. And I think we’re going to need to work with the global community to, to ensure that we all play a role. But Russia is going to have to pay for some of this, a lot of this.”

On what motivates the Ukrainians: She said she’d talked to dozens of analysts, private sector, public sector, NGO analysts since the invasion began.

On allegation of torture: We have very credible evidence of the atrocities that are happening on the ground by Russian soldiers, filtration, operations, the rapes, the deportation of children, the torture. I mean, some of what the evidence that we’re seeing is truly horrifying.” 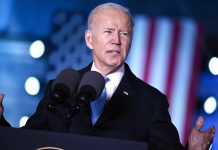 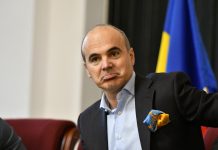