International journalist Dan Perry asks what comes next in Ukraine, Russia and the world after Russian President Vladimir Putin ordered a partial mobilization of troops in Russia and threatened nuclear retaliation.

The main issue appears to be how to end the war, and that is likely what the United Nations General Assembly will be discussing in New York this week.

„There are two narratives about how to end the war: one says let Putin find a face-saving  way out in Donbas and maybe he can walk away,” Mr Perry said.

The other says: We must not cede an inch….. the next thing you know he’ll be making threats against Romania, Moldova, the Baltics, NATO member countries.”

Mr Perry also notes that: “Putin is quite remarkably has turned into a complete and  total dictator and dictators of this nature  come to a very bad end if they end up losing wars in humiliating fashion.”

„It’s not surprising that he is doubling down…. but what makes this a truly riveting pivotal moment in modern history, certainly since World War II is that Putin has broken a taboo on threatening to use nuclear weapons.”

Here are some excerpts from the interview.

„Putin is pretty close to stating that he won’t walk away from a nuclear war and the West has to figure out what to do about this,” he told i24 News.

„But the context is important. In the beginning these hints were related to the threats of economic sanctions and arming Ukraine. At this point, the threats are related to the context of many people are openly talking about Russia losing the war. That is something has only become a real possibility in recent weeks with Ukrainian counteroffensive and I think Putin can’t afford that. “

“It is hard to imagine a scenario where Putin is thrown out of power in Russia, violently probably. But if  that should happen, it’s most likely in a context of a Russia humiliated and on the run in Ukraine.

There are two narratives about how to end the war: one says let Putin find a face-saving  way out in Donbas and maybe he can walk away and then everyone’s sort of happy except the people of Donbas who would be transferred to Russia.”

„The other says: We must not cede an inch. If you cede anything to a dictator, it whets his appetite and he’ll want more. The next thing you know he’ll be making threats against Romania, Moldova, the Baltics, NATO member countries.”

„That is an unresolvable debate. Both narratives have much to recommend them. If there is a question on the table at the UN General Assembly in essence, that would be it.”

Dan Perry is managing partner of the award-winning NY-based communications consultancy Thunder11. He served as the Middle East chief of the Associated Press news agency, based in Cairo, and previously led AP in Europe, Africa and the Caribbean. During the Second Intifada Dan was AP’s bureau chief in Jerusalem and also served as the chairman of the Foreign Press Association. He has been a regular delegate at the World Economic Forum in Davos and other leadership conferences.
He hails from a Jewish Romanian family that moved to the United States and was Romania correspondent for AP in the years after the 1989 revolution. Follow him on Twitter @perry_dan. 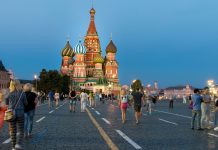 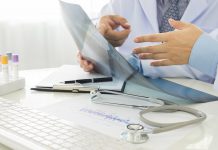