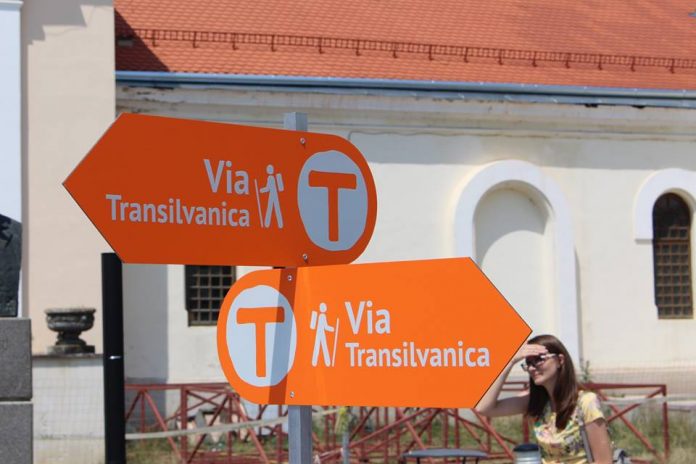 Via Transilvanica, the long-distance trail crossing Romania from Putna to Drobeta-Turnu Severin has now been completed after four years of construction, a period in which it already gathered thousands of tourists, Romanians and foreigners alike, and will be officially launched on October 8, in central Alba Iulia.

„Via Transilvanica is fully completed after four and a half years, years that are counted in kilometers, counties, regions, milestones and steps. The Useriu brothers, together with the Tasuleasa Social team, worked on the development of this route, which links Putna with Drobeta-Turnu Severin, with the trail to be officially launched in its entirety next month, on October 8. With this launch, Via Transilvanica will officially become the first long-distance trail in Romania crossing the country diagonally, from the northeast, to the southwest, to the Danube. Thus, our country will join the countries that have famous routes that generate millions of tourists annually”, states a press release.

The official opening of Via Transilvanica will take place in the Citadel Square in Alba Iulia and will include a fair, workshops, exhibitions and concerts, after which  project ambassadors and famous personalities who support the project will sign the last mileposts.

Afterwards, there will be screenings and presentations in the Principia Museum in Citadel Square, as well as the launch of Voicu Bojan’s book Via Transilvanica.

In the evening, there will be the official inauguration of the Via Transilvanica route, followed by a concert performed by Urma, Vita-de-Vie and Subcarpati.

„So far, Via Transilvanica has gathered thousands of tourists, both Romanians and foreigners, since the construction phase of the trail,” the press release states.

Via Transilvanica is a project of the Tasuleasa Social organization, which carries out educational, social, environmental and cultural actions.

Minister of the Environment, Water and Forests Tanczos Barna said on Sunday, September 17, in Bradetelu, at the start of the seventh stage of the first run organized on the Via Transilvanica route, that this route represents one of the most daring and beautiful initiatives in Romania.

„Via Transilvanica is one of the most daring and beautiful initiatives in Romania, it deserves all the support. A few weeks ago (…) I promised that I would personally join this initiative, running on a much shorter section than the one covered by Tibi Useriu. But I want to experience it myself and see what this superb route through the Carpathian Mountains means. I hope I will make it safely to the finish line and I will see you at Campu Cetatii”, Minister Tanczos Barna told the press.

The Via Transilvanica project of the Tasuleasa Social Association aims to mark and arrange a tourist and pilgrimage route along the length of 1,400 kilometers. The route can be traveled in its entirety or in stages, on foot, on horseback or by bicycle, and the initiators want this thematic road to highlight the cultural, historical and natural wealth and support the development of local communities.

Via Transilvanica to be inaugurated this October