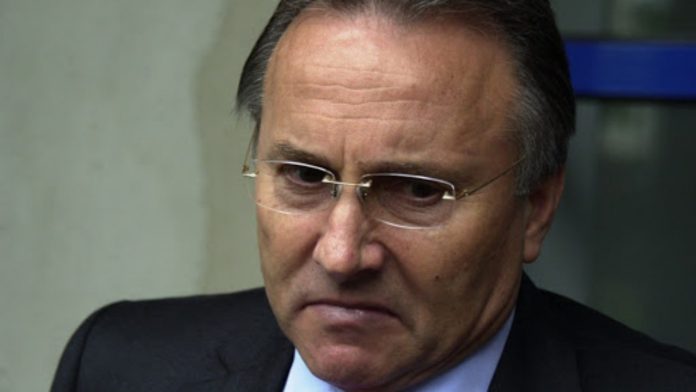 The former mayor of Iasi, the biggest city in northeast Romania, has started a five-year prison sentence for taking bribes in the form of money and luxury hotel stays.

Video showed police escorting a handcuffed Nichita from his house in Iasi to a car. The handcuffs were covered by what appeared to be his jacket and weren’t visible.

The 63-year-old former mayor told reporters: “I’ve always pleaded my innocence, I did not expect this sentence.”

Nichita, a member of the Social Democratic Party, was mayor of Iasi from 2003 until 2015 when he was suspended due to the corruption probe.

In 2017, a lower court gave him a lower sentence which he appealed.

The court ruled that Nichita took a 10% cut of a contract awarded to local tech company UTI and another company. He also received discounts at a luxury hotel in Bucharest and money towards a trip in China.

Prosecutors said the bribes amounted to 3.7 million lei, about 766,000 euro, including payments for the luxury hotel in Bucharest and money for trips to Beijing and Hong Kong.

The Bucharest Court initially sentenced Nichita to four years in prison in November 2017, but he appealed.

In the same case, local businessman Tiberiu Urdareanu, who founded UTI, was handed an eight-month suspended sentence for bribery, a sentence that was upheld by the Bucharest Court of Appeal on Thursday.

In 2015, Nichita was investigated for abuse of office after he used local police officers to keep his girlfriend at the time, who was a city hall employee under surveillance.

Romania has prosecuted dozens of mayors and other officials in recent years for corruption-related offenses after it established the Anti-Corruption Directorate.

Former Bucharest mayor Sorin Oprescu was sentenced last year to 4 years and 4 months in prison for bribery, abuse of office,money laundering and forming an organized crime group. He denies charges.

The sentence is not final.