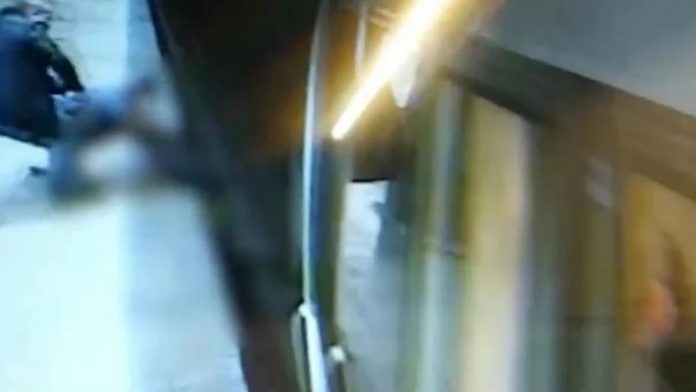 A girl who apparently jumped onto the subway line in the Romanian capital was pulled to safety moments before the train arrived, police said.  She was not injured.

Metrorex which runs the Bucharest underground system said “there was an incident involving a passenger on Wednesday afternoon at 15.35” at the busy Dristor 1 subway station.

The statement said initial reports indicated that she leaned and fell onto the tracks and was then pulled to safety by two passengers who were on the platform.

In the video, the girl appears to deliberately jump onto the track before turning around and allowing herself to be rescued. She is lifted back on to the platform less than a second before the trains pulls in.

The subway company called the emergency services and police. The girl, who was in her teens was taken to hospital for a check-up and medical treatment.

Police are investigating the “regrettable event.” There was no disruption to the  subway service.

Metrotrex said it was “very important that all rules on the subway are respected by passengers on the public underground service.”

There’s a safety line at the edge of the platform that passengers should  stand behind while waiting for a train, general manager Gabriel Mocanu said. 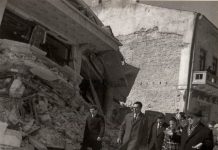 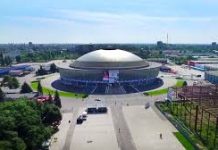