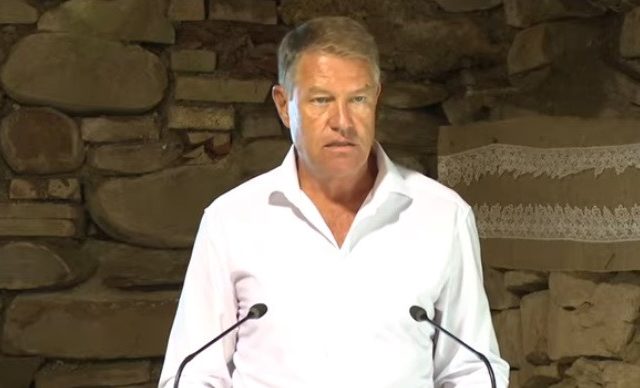 President Klaus Iohannis spoke at a Saxon festival on Sunday where he used his own ethnic German roots to present Romania as a model for “ethnic, religious and cultural diversity.”

In  a speech given at the “Haferland Festival” in the heart of Transylvania,  the president said his Saxon background demonstrated inclusiveness and tolerance that he claimed  characterizes Romania.

“As a state which is deeply attached to the ideals of diversity and European unity, Romania is a place where ethnic, religious and cultural diversity is respected,” he said.

He said the “close connection between Saxons and Romanians” is an example of peaceful coexistence based on mutual respect for the culture and tradition of both communities.”

Transylvanian Saxons moved to Romania in the 12th century. Most of them emigrated to Germany during communism and immediately afterwards, including the president’s own family.

The community numbers a few thousand, but has an influence beyond its relatively small size. Romanians consider Saxons to be practical and hard-working.

Ethnic Germans are also viewed as entrepreneurial people who seek constructive partnerships outside their community. Mr Iohannis, the former mayor of Sibiu, was elected president in 2014 and re-elected in 2019.

Talking about something close to home and his heart, the president used the annual festival which celebrates Saxon traditions as an opportunity to talk about sustainability, keeping traditions alive and cooperation across  different groups.

He said the good relations between Romanians and Saxons had “contributed to the development and consolidation of the bilateral relationship between Romania and Germany,” the country’s most important trading partner.

Beyond economic cooperation and the political partnership,” local initiatives have strengthened the connections between the two states.

The Haferland Festival now in its ninth year was established by businessman Michael Schmidt, an ethnic German like the president. He is born in Criț where the festival has been held since in 2012.

The event was attended by ambassadors, Romanian and German officials, cultural figures and members of the business community.

“Despite the Covid-19 pandemic “the Haferland Festival gives us hope that we will be able to overcome difficulties and…. Continue art, traditions, and culture „, he added.

Last year’s festival was held online.  He said the two-day festival was not just a series of cultural events and entertainment, but a motor to revitalize the area and create sustainable development for local residents and their environment.

„The festival, … already a tradition plays an essential role in preserving the identity of the Saxons in Romania and promoting the community’s culture.”

He evoked “the architectural richness of the fortified cities and churches…. the beauty of the rural landscapes and, last but not least, the hospitality and creativity of the people who live here.”

„I am pleased to see that as well as promoting cultural heritage, the festival has an important educational dimension,” he said.

“If today’s  young people know their origins, they  will be able to instill in future generations the beliefs and values they have learned from their forefathers.”

“The Saxons of Transylvania have proved, over the centuries…. that only good organization, solidarity and …. respect for values, beliefs and freedom can overcome the vicissitudes of history.

UPDATE. VIDEO | Back in the village. Saxon Haferland Festival returns to Transylvanian hamlets after pandemic sent it online