NATO is considering a “longer-term” presence in eastern Europe to strengthen its defenses as tensions remained high over Russia’s build-up near Ukraine.

”We are considering more longer-term adjustments to our posture, our presence in the eastern part of the alliance. No final decision has been made on that but there is a process now going on within NATO,” Secretary-General Jens Stoltenberg said Monday in Brussels.

NATO defense ministers are expected to discuss reinforcements at their next meeting on February 16-17. Western governments have urged Moscow to withdraw its troops from Ukraine’s borders  if it want fewer deployments in eastern NATO member states.

“If Russia really wants less NATO close to the borders, they get the opposite,” he said at a news conference with Polish President Andrzej Duda, referring to the alliance’s deployment battlegroups on its eastern territory following Moscow’s annexation of Crimea from Ukraine in 2014.

NATO currently has troops rotating in and out of eastern Europe, but not a permanent presence.

It has troops deployed from the Baltics in the north to the Black Sea where Romania and Bulgaria have a coastline.

In addition to US troops already in Poland, around 1,700 US service members, mainly from the 82nd Airborne Division, are deploying this week from Fort Bragg, North Carolina, to the country. 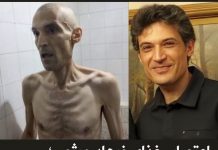