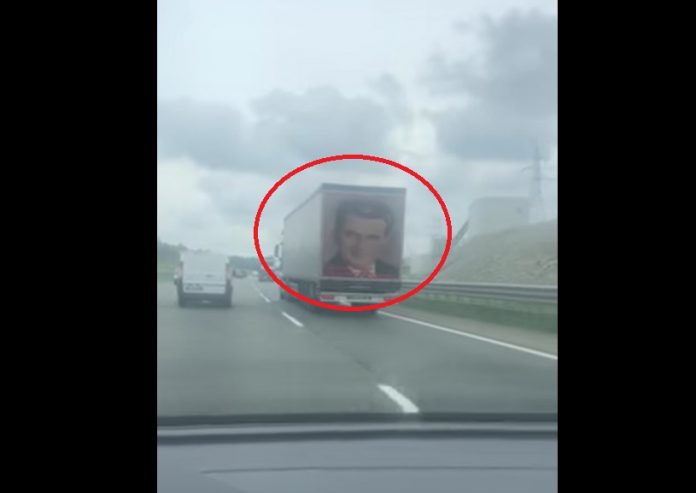 A Romanian truck with a giant picture of late Communist leader Nicolae Ceausescu on the back has been spotted in northern Italy.

A video of the vehicle which had Romanian license plates has been posted on social media, racking up thousands of views.

The truck was traveling on a highway in northern Italy.

Below a giant image of Ceausescu in his prime, reminiscent of Communist propaganda, there is an ode to the dictator.

It reads: “You aren’t even capable of maintaining everything we built.”

The late Communist leader and his wife Elena were executed by firing squad on Christmas Day 1989 after a summary trial.

Some people, including politicians, are nostalgic for communism more than 30 years since it collapsed. They say they long for the safety net of communism when everyone had jobs and could afford two holidays a year.

They admire the former leader for a massive building boom, even if it meant the arbitrary demolition of historic monuments and homes. They also praise his foreign policy.

The former leader paid off Romania’s foreign debt, but the price meant there was a lack of heating and hot water and power cuts. Food was heavily rationed, and Romanians weren’t allowed to possess hard currency.

During the communist dictatorship, the repressive Securitate secret police kept tabs on Romanians and stifled dissent and free speech.

Romanians had to ask permission to travel abroad and even had to register typewriters with the state. They had to report any conversations they had with a  foreigner.