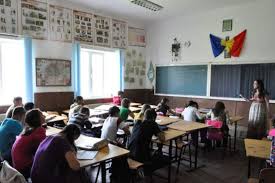 Hundreds of thousands of pupils and students commute to school every day in Romania, with one fifth of them traveling more than 15 kilometers to reach the place they learn, a World Bank report shows.

The report which reported on the situation in 2018, said 430,000 pupils and students and 63,000 teachers relied on some form of transport to get to school.

Romania has about 2.8 million pupils and students at kindergartens, schools and high schools.

The study looked at 6,713 schools in 2,600 villages, towns and cities across Romania.

As expected, high school students and teachers commute more than younger pupils. Romania has fewer high schools than primary schools. Some 300,000 students and 18,000 teachers who commute daily to school.

bout half the students interviewed said their preferred form of transport was a school bus, while 13.5% said they’d prefer public transport, the same percentage said they’d like to go to school by car. Almost 15% said they enjoyed walking to school.

The report was published a day after Education Minister Monica Anisie said that school students would be entitled to free public transport, excluding trains.