A conservative Romanian bishop has bristled at proposals to change the Orthodox baptism ritual which came after a baby drowned after immersion.

Archbishop of Tomis, Teodosie, spoke Thursday after another archbishop said the church would review the ritual to ‘avoid unwanted accidents’ in the future.

“Baptism is not negotiable,” he said in an interview with Radio Dobrogea on Thursday. “It’s God’s work. Are we going to correct God?”

The drowning of a six-week-old baby prompted criticism and calls to reform the ritual. The priest who performed the baptism is being investigated for manslaughter after an autopsy found liquid in the baby boy’s lungs.

More than 65,000 people have signed a petition urging for the ritual to be reformed. The document has been delivered to the patriarchy, the seat of the Romanian Orthodox Church.

In an unusual development, Romania’s ombudsman made a series of recommendations to the influential Romanian Orthodox Church, including extra practical baptism lessons for theological students and refresher courses for working priests.

But Teodosie pushed back, accusing Archbishop Calinic of “superficiality” and his recommendations to reform the ceremony “oppose the holy canons,” or church rules.

“I don’t share (Archbishop Calinic’s) views in the slightest. “These statements are in contradiction to the holy canons and can’t be accepted by the Holy Synod.”

He also dismissed recommendations made by the ombudsman, saying curtly: ”They have no business with the Church canons.”

Calinic, the Archbishop of Arges, who also is a member of the Holy Synod, said a decision would be taken by the Romanian Orthodox Church on how baptism ceremonies should be conducted “to avoid unwanted accidents.”

His voice is the first sign that the influential church to which more than 85% of Romanians belong is considering changing an ancient ritual which caused the death of a baby.

The traditional Orthodox baptism service involves plunging the baby into a water-filled baptismal font three times. Sometimes the priest covers the child’s nose and mouth to stop them from inhaling water.

Calinic, who has been an archbishop since 2009, recently baptized the  daughter of Nicolas of Romania, the grandson of the late King Michael.

The ombudsman said on Wednesday they suggested that priests discuss the infant’s physical health with the parents or guardians of the child, including consulting with medics about how to perform a baptism, adapted to each case. 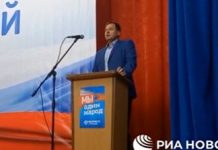 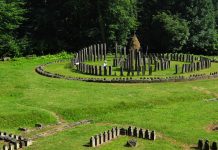