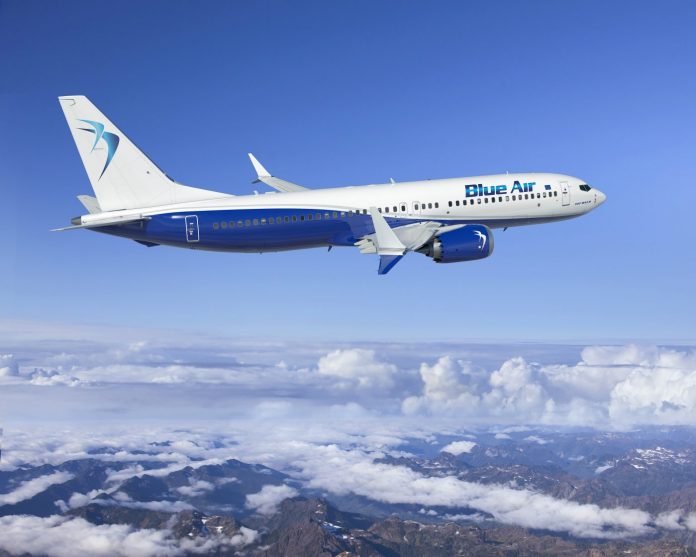 Buoyed by a recent multi-million loan from the European Commission, Romanian low-cost airline Blue Air will launch seven new international routes from Bucharest starting December, saying it expects a surge in demand during the winter holidays.

The flights will then be incorporated into the air carrier’s 2021 summer schedule.

Last month, Blue Air announced that it is adding aircraft to its base in Turin, Italy, and is will start two new routes from there in September.

On August 20, the European Commission said it approved a 62 million euro loan guarantee to Blue Air to avert bankruptcy due to the Covid-19 pandemic which battered the airline industry.

The measure was to compensate the airline for the losses suffered during the health crisis and to provide it with a cash injection, the Commission said.

Blue Air, the only totally Romanian-owned air carrier. It started operating in December 2004 and ran into financial difficulties over the years. In 2013, Airline Management Solutions Company paid 30 million euros to take it over.

In July, Blue Air announced that the Bucharest municipal court has approved its request to enter a ‘concordat’ agreement with its creditors in order to avoid insolvency.

Concordat aims to protect both the debtors in poor financial standing, as well as their creditors.