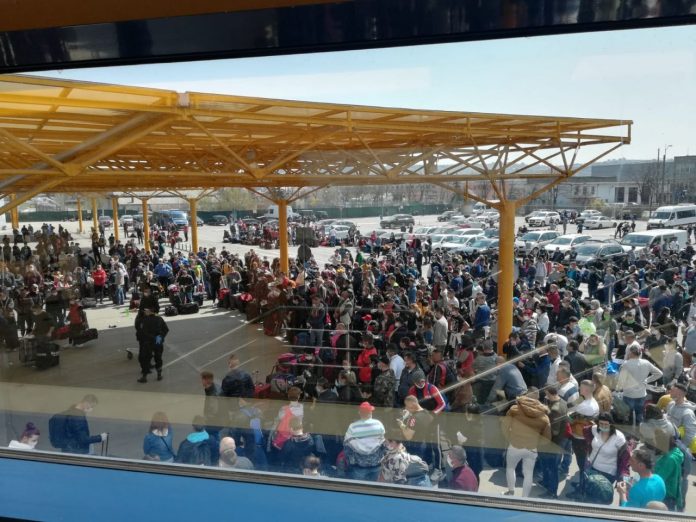 Romanian police are investigating the managers of an airport in the northwest city of Cluj after up to 2,000 workers gathered outside the terminal waiting for flights to Germany where they have jobs on farms.

Workers had traveled to the Avram Iancu International Airport by bus to catch flights to Stuttgart, Berlin and Hamburg, despite restrictions imposed by German authorities to contain the spread of the coronavirus.

Many are seeking to earn money in Germany as work dries up in Romania due to the health crisis. More than one million job contracts, have been suspended and thousands of companies are asking the government for economic aid.

Germany has 118,000 cases and some 2,600 people have died from the virus, making it the third most affected country in Europe. Romania has about 5,500 confirmed cases and 257 people have died, authorities said Friday.

European governments last week declared food supplies a matter of national security as supermarkets across the continent are overrun with consumers braced for prolonged home confinement.

Responding to that need, the business-friendly Romanian government said Saturday that it would allow seasonal workers to fly abroad.

More charter flights are scheduled to leave over the weekend from Cluj for Germany.

German farmers welcomed the development. “As a result of this arrangement, our farmers can continue to operate,” said Joachim Rukwied, president of the German Farmers Association.

Romania has suspended all commercial flights to and from countries with high numbers of COVID-19 cases, but the government is allowing seasonal workers to leave the country on charter flights.

There are hundreds of thousands of seasonal migrant workers who plant or harvest crops in other countries. The European Commission said they should be categorized as essential travel.