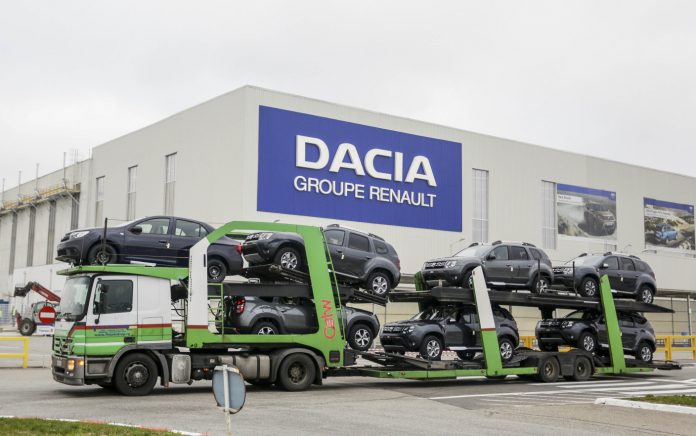 French group Renault said production at its Dacia automobile plant in southern Romania would be halted for seven days next month due to a shortage of parts.

The upcoming stoppage is caused by a lack global chip shortage which has disrupted activity at the factory in Mioveni since February, Playtech reported.

Carmakers everywhere have been hit by the shortage of chips, including Opel, Ford, Volkswagen, Audi, Toyota, General Motors and Mazda.

The crisis is expected to go on for months. Analysts predict that one million fewer cars will be manufactured this year.

The shortage came after microchip manufacturers moved away from the  automotive industry last summer and began producing electronic gadgets.

Demand for these chips, or semiconductors, has soared during the coronavirus pandemic as people snapped up games consoles, laptops and TVs to help get through lockdowns.

Now, many of these products are sold out, or subject to lengthy shipping times.

It’s just one of a number of factors that has driven demand for semiconductors. As supply struggles to keep up, it’s the chip-reliant car industry that has been hit especially hard.

The Mioveni plant employs about 15,000 people and the stoppage may delay deliveries,  Playtech reported Wednesday.

The plant produces 1,300 cars a day and the stoppage will reduce production by 9,100 automobiles in April, Economica.net reported.

The company said it had been working closely with suppliers to limit the impact as much as possible during the crisis.

„We have organized a crisis cell led by the supply chain and procurement departments, with daily meetings, to implement all the appropriate actions,” the company said.

Carmakers uses semiconductors in everything from power steering and brake sensors, to entertainment systems and parking cameras. The smarter cars are built, the more chips they use.