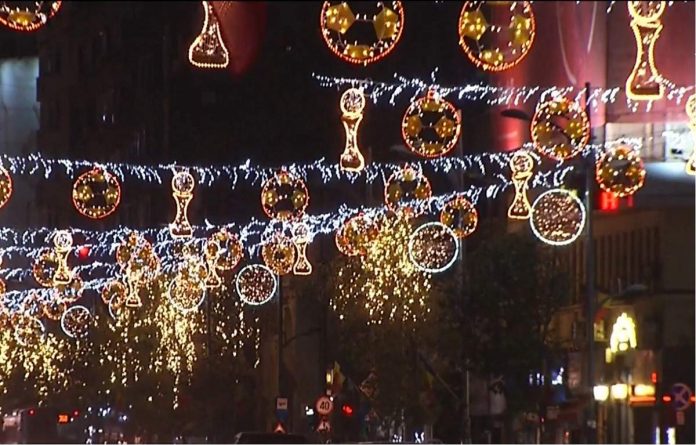 The Romanian capital is known for its brilliant Christmas light displays.

They go up at the beginning of December and pretty the city’s main boulevards. No two years are the same. Over the years, the twinkling electric decorations have grown more sophisticated _ and more expensive.

It’s unclear exactly how much they cost, but former Bucharest mayor Gabriela Firea was a great fan of the lavish light displays.

The current Bucharest mayor, however, has announced that residents will enjoy a dimmed down Christmas this year. He said the city’s budget needs to be spent on more pressing problems.

“It’s much more important to allocate money for serious things, to reduce traffic and pollution,” the mayor said.

We need to “create a level of comfort in the heating system,” he said.

The capital of 2 million has an antiquated centralized system which heats and provides hot water to more than half the residents. The European Commission this year agreed to fund refurbishment work costing 254 million euros.

However, lest he be accused of being a spoilsport, Mr Dan said one Christmas tradition would go ahead as usual, in line with  Covid-19 regulations.

“As we’re in a pandemic, I’d like to have as many private Christmas markets as we can so that Bucharest residents can feel the joy of Christmas.”

“That’s if health rules allow us.”