Three dozen patients have been evacuated from a hospital in southern Romania after a fire broke out at the facility on Wednesday morning.

It was the latest fire at a Romanian hospital in recent months. At least 15 patients died in two previous blazes.

Firefighters arrived at the hospital in the southern city of Slatina in the morning after they were alerted to the fire.

Firefighters managed to extinguish the blaze which broke out on the ground floor of the Psychiatric Department of the Slatina County Hospital and spread to the first floor.

Six patients were transported to another hospital in the city where they are being treated for carbon monoxide poisoning.

Thirty patients will be moved to other facilities in the city after the fire destroyed the wards.

The health ministry said state secretary Monica Althimer was heading to the hospital about 180 kilometers west of Bucharest. She will evaluate the situation and discuss the transfer of patients to other facilities in the area.

The recent deaths of more than a dozen Covid-19 patients in a hospital fire in northeast Romania in November followed by another in the capital in January have shone a light on problems in Romania’s ageing and underfunded healthcare system.

In the latest incident before Wednesday’s blaze, three Covid-19 patients died in a Bucharest hospital this month after the oxygen supply at a mobile intensive unit where they were being treated malfunctioned, shutting down ventilators. 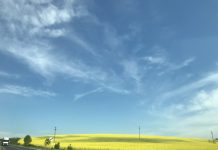 Not brave but vaccinated 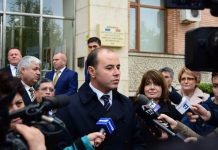