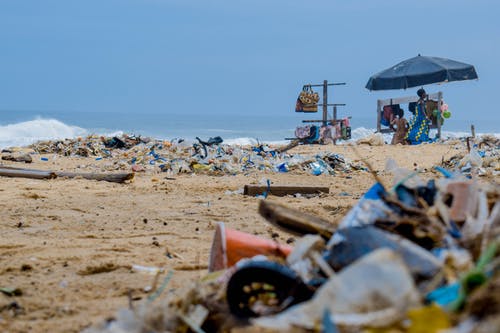 The European Commission will take legal action Romania this year over the failure to address the problem of municipal waste in the past six years, G4Media.ro reported.

Landfills around Romania’s big cities are “bombs” for the environment and for public health, according to the preliminary conclusions of Commission experts in a recent internal report, G4Media reported.

The site reported that Romanian authorities had been notified several times last year that the infringement procedure would be triggered in 2020.

Even though Romania faces a penalty over the failure to safely dispose of municipal waste, the country produces the least municipal waste of the 28-member bloc.

The Commission report also said that Romania had failed to draft a plan showing what steps could be taken in 2020 to address the problems.

An official told the site that the Commission could block or at least limit access to funds for the environment. or a fine could be imposed.

In 2017, the last figures available, the amount of municipal waste generated per person in the European Union was 487 kilograms, while in Romania it was just 272 kilograms per head.

Romania’s problem is that it has not followed the trend across the bloc toward less landfilling and steadily moving toward alternative ways of treating waste.  Romania recycles only 14% of municipal waste, substantially lower than the EU average of about 46%.

Landfills in most major cities, including Bucharest, Craiova and Deva, are dangerous for the environment as the waste is rarely selected and there are no facilities to remove the toxic gases released by the garbage. Substances used to treat the waste often pollute the soil.

Romanian authorities are considering a modern waste incinerator as an alternative to landfills. Bucharest mayor Gabriela Firea said an incinerator would cost 230 million euros of which 180 million euros would be European funding. It could be ready for use by 2023.

However, authorities may have to forfeit these funds if the Commission starts an infringement procedure.

The European Commission can take legal action known as an infringement procedure against an EU country that fails to implement EU law.

The Commission may refer the issue to the Court of Justice, which in certain cases, can impose financial penalties.