Flamingos that recently began nesting in the Danube Delta have been frightened off by tourists trying to take photos of the rare birds.

The Romanian Ornithological Society said visitors descended on the area after news spread about the arrival of the birds. Flamingos  need peace and quiet and were unsettled. They have subsequently left the delta.

In recent years, flamingos have been a rare presence in the Danube Delta in eastern Romania. But last week, more than 100 flamingos were observed in two locations.

Forty-nine were spotted on May 25 in the Saraturi Murighiol protected area and another 60 flamingos in Lake Tuzla Lake, farther north.

Reserve officials called for the birds to not be disturbed but the appeal fell on deaf ears. Spokesman Cristi Domşa  said the distinctive birds with their pink plumage and long legs were chased by tourists and photographers who pursued them in boats or with drones.

He said it is unlikely they will return to the reservation this year.

“The birds began to make their bests in the strictly protected area” he said. ” However, due to pressure from people (arriving), the birds left. There are few chances they will return,” he told Agerpres news agency.

He reached out to environmental officials working for the Delta Reserve Administration who asked visitors to leave the area.

Other groups also appealed to tourists to leave the flamingos in peace.

„Flamingo birds are a very rare presence in Romania and they have been spotted trying to nest. Let’s give them the peace they need so that this wonderful species becomes a more common presence in the future,” said the Forona wildlife protection association. Flamingos are back in the Danube Delta. ‘Don’t disturb them,’ authorities plead after 100 spotted in two lakes 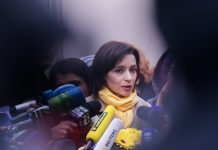 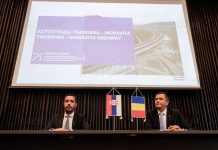