France thinks it would be premature to lift special ‘rule of law’ monitoring for Romania and Bulgaria, saying that benchmarks in the fight against corruption and judicial reforms haven’t been fully met, a Senate report on the rule of law in the European Union found.

„It should be noted that France still considers the lifting of the CVM (Cooperation and Verification Mechanism)  premature, including for Bulgaria, believing that real progress cannot be confirmed by political commitments alone,” the report said.

Romania and Bulgaria were put under special monitoring when they joined the EU in 2007 amid concerns over the rule of law and corruption, and in Bulgaria’s case, organized crime.

The Commission set up the Cooperation and Verification Mechanism known as the CVM as a safeguarding measure to address the shortcomings.

”These two countries still have shortcomings in the fields of judicial reform and the fight against corruption, as well as organized crime in Bulgaria’s case, the report said.

“These shortcomings could prevent the effective implementation of European Union legislation, policies and programs,” it concludes.

The European Commission continues to publish annual reports on the implementation of the measures.

The report said that without the mechanism in place, there would have been less political will to implement reforms and the two countries would have made less progress, the report said.

With regard to Romania, the French Senate points out that although the Commission has noted progress on a number of recommendations, there has been backtracking on reforms in previous years.

Under previous governments led by the Social Democrats, the European Commission issued a report noting Romania’s had backtracked on justice reforms and the fight against corruption.

Last month, Romanian Prime Minister Florin Citu said the EU was ready to lift special monitoring of the rule of law in his country by the end of the year.

He made the comments after meeting Vera Jourova, Vice President of the European Commission for Values and Transparency on Thursday where they discussed  the report on the rule of law in Romania. 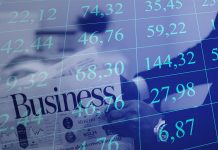