Do you like going to work? One-fifth of Romanians really like their jobs, with 3% saying they can’t stand their place of employment, a study shows.

Romanians in the creative industries and the media, or the banking sector are the happiest in their jobs, while the most dissatisfied employees are engineers, people working in factories and in IT, the Mindspace study shows.

About one-fifth of Romanians reported being very happy while 61% said they were happy most of the time, according to Mindspace which questioned 5,000 employees in seven countries.

At the other end, 16% of the Romanian respondents say they were not very happy at work, while 3% said they are actually unhappy.

National news agency Agerpres which quoted the study said people employed in marketing and creative departments reported the most job satisfaction, with those working in operation and statistics the least happy.

The happiest people in their jobs were in the U.S, Romanians were somewhere in the middle and UK employees reported the least satisfaction.

“The good news is that 30% of people working in an office say they very satisfied, while 54% say they are happy most of the time,” the study said/

“The analysis of the seven countries shows that American workers were the happiest, with 39% of them very happy and 54% happy most of the time.”

British workers were the least happy. One-fourth said they were reasonably unhappy or completely unhappy in the workplace.

One-third said they don’t immerse themselves totally in their jobs because they are not paid enough, while 35% aren’t happy with the atmosphere in the workplace.

“Being happy in a job is important not because it creates a positive atmosphere, but also for business. We wanted to analyse what makes employees happy to know how their satisfaction translates into a higher level of commitment, greater productivity, creativity and flexibility,” said Dan Zakai,  the CEO and co-founder of Mindspace.

“There’s a positive knock-on effect on other colleagues and they stay in the business longer,” he added.

People in the U.S. Britain, Germany, the Netherlands, Israel, Poland, and Romania were surveyed. Participants came from a wide range of sectors, including finance, engineering, law, information technology, healthcare, media, public service, transport and logistics, creative arts and design, and others.

The survey was conducted in 2019 by OnePoll, an independent research firm, in collaboration with Mindspace. 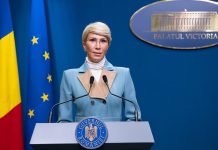