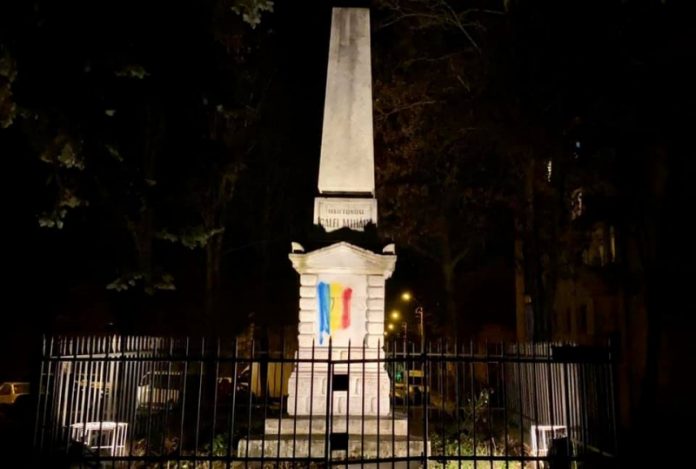 Vandals have daubed the colors of the Romanian flag on a historic monument honoring Hungarian martyrs in the Transylvanian city of Targu Mures, raising fears of friction between the two communities in the ethnically divided city.

Mayor Zoltan Soos vowed not to let the incident lead to renewed tensions in the city in northwest Romania which is home to Romanians and ethnic Hungarians.

“The residents of Targu Mures can no longer be divided, although some don’t stop trying to do this.  We won’t be fooled by people who want to harm us. Our city can only develop if we don’t allow provocations based on ethnic reasons,” he wrote.

The mayor who was elected in September 2020 is ethnic Hungarian and doesn’t belong to any political party.

Targu Mures has a population of about 134,000 of which 52% are Romanian and 45% are ethnic Hungarians according to the 2011 census. It was part of the Austro-Hungarian empire until 1918 and was ceded to Hungary for four years during World War II.

More recently, the city was the scene of clashes between Romanians and local Hungarians in 1990, three months after the overthrow of Communist leader Nicolae Ceausescu. Three Romanians and three ethnic Hungarians died in days of violence.

The vandalized monument built in 1875 commemorates Szeklers who rose up against Austrian rule and were executed in 1854.

The Union of Democratic Hungarians in Romania, which is part of the governing coalition reported the vandalism and said it was unfortunate that there were attempts to create a conflict between the two communities.