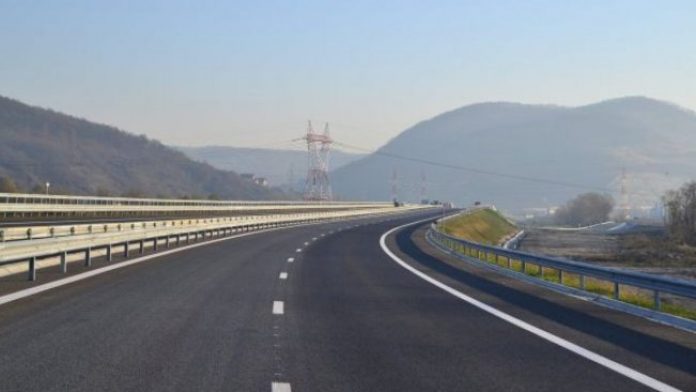 It’s election year and the priority for Romanian parties is building more highways to improve the country’s underdeveloped infrastructure and boost the economy.

Transport Minister Lucian Bode has made a bold promise that the country will get up to 100 kilometers of new highways in 2020, adding to the current 857 kilometers.

“In our governing program we promised strategic projects to develop infrastructure, to develop the economy and to increase prosperity” he said in an interview with TVR1 late Monday. “The project that is closest to my heart is the Transylvania Highway.”

That highway, officially called the A3 motorway is the highway that will link the Romanian capital, Bucharest to Bors, on the border with Hungary. It will be 603 kilometers long and will run from Bucharest to Brasov, through Sighisoara, then Cluj and on to Oradea. It will connect with Hungary’s M4 highway near Bors.

However, he cautioned that if progress is slow, only 40 kilometers of new roads will be built. Last year, the previous Social Democratic government which was ousted in October built 44 kilometers of highways, although they promised 100-180 kilometers.

In a bid to shame successive governments, entrepreneur Stefan Manfachi built a 1-meter highway in 2019 in the country’s northeast Moldova region to protest the lack of road infrastructure.

Romania’s highways do not link with its neighbors. The Bucharest-Pitesti highway doesn’t connect with Hungary’s highway network, and the Black Sea port of Constanta which runs to the capital does not is not run to the western border.

The Jamestown Foundation, which provides analysis on Eurasian security and political developments, says Romania needs a minimum of 3,000 km of highways to ensure its economic development and connections with the rest of Europe.

On January 24, President Klaus Iohannis told thousands who were celebrating ‘Little Unity Day’ that Romania needed a highway to link Moldova to Transylvania, in the heart of the country.

“:We need a Unity Highway….. We need a high-speed over the Carpathians,” Iohannis said. “The historical provinces of Moldova and Transylvania should be united. Without this highway, Moldova won’t be able to overcome its economic” disadvantage.