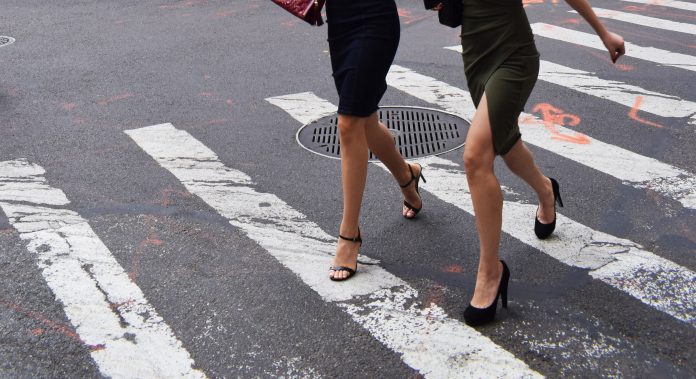 The government is planning to introduce fines for pedestrians distracted by their phones while crossing the road after an increase in accidents caused by pedestrians that resulted in hundreds of deaths in less than two years.

The draft legislation published by the interior ministry aims to deter people from using their devices or noise-cancelling headphones while crossing a street.

In its proposal, the interior ministry said that pedestrians were “a vulnerable category in traffic and their reckless behavior” has added to traffic fatalities.

Some pedestrians cross more slowly and are less likely to look at traffic before starting to cross, don’t wait for traffic to stop, or don’t look at traffic while crossing.

These effects suggest that talking on a mobile phone is associated with cognitive distraction that may undermine pedestrian safety and lead to accidents.

From January 2019 to September 2020, there were 1,711 serious traffic accidents in Romania  caused by pedestrians in which 457 pedestrians  died and 1,272 were seriously injured, the ministry said.

Under the draft, all mobile phone use or listening to music will be banned.

Currently, motorists are banned from using mobile phones at the wheel when they are on public roads.

The same proposal also recommends a 30 kilometer an hour speed limit for cyclists and scooters. It also wants to ban cycles and scooters on sidewalks except where there are special markings.