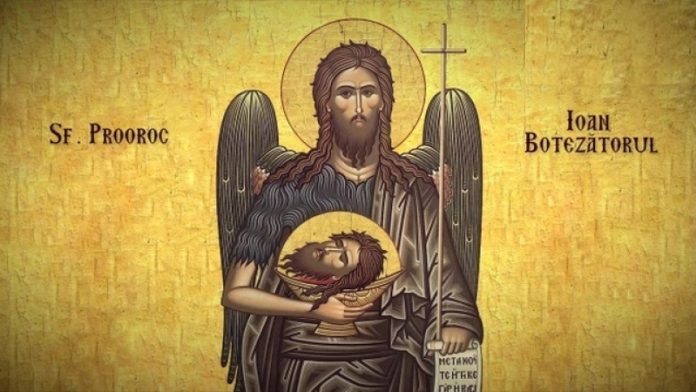 Romanians wrapped up the holiday season on Thursday by celebrating St. John the Baptist.

Some regions have special traditions for anyone called John or Ion, one of the most popular given names in Romania.

In Transylvania, northwest Romanian, all the Ions and the feminine equivalent Ioanas are carried to a river and dipped in the water, while in the northern region of Bucovina, anyone called Ion is expected to place a decorated fir tree outside their house and throws a party.

Romanian Orthodox believers also go to church services on Jan. 7 and wash their faces with holy water or “aghiasma” received the day before which was Epiphany.

Tradition has it that the holy water will keep them healthy all year long. According to tradition, believers shouldn’t wash clothes or clean the house on the feast day.

There are up to two million Romanians who celebrate their name day on Jan. 1 with John and its derivatives being one of the most popular given names in the country where more than 85% belong to the Orthodox faith.

The feast marks the end of the festive season which began with Christmas on Dec. 25.

Orthodox Christians consider St. John the Baptist, the cousin of Jesus, to be the greatest of Christian saints after the Virgin Mary.

Last year, the interior ministry said there were more than 2 million Romanians celebrating on Jan. 7.

The most common names are Ion, Ioan and Ionel for me and Ioana and Ionela for women.