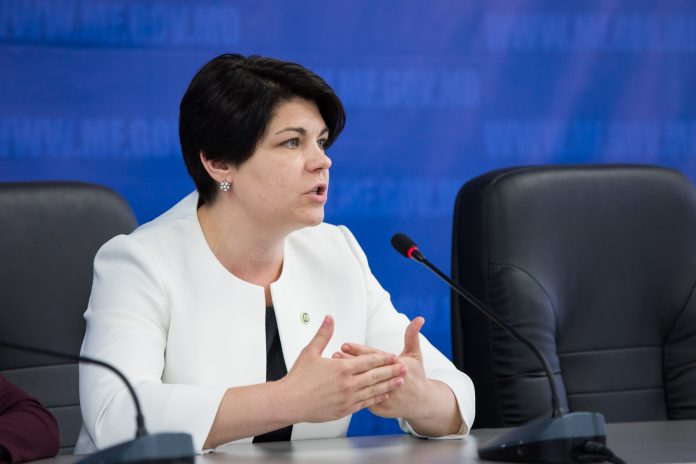 Reporters asked the premier on Monday why the former Soviet republic which is sandwiched between NATO member Romania and Ukraine wouldn’t send six worn-out  MiG planes to help Ukraine which is fighting a Russian invasion.

She suggested richer countries were more suited to sending military aid and told reporters to seek more information on the condition of the fighter jets with the Public Property Agency.

Moldova, which has a population of just 3 million, likely doesn’t to anger Russia by getting more involved with the conflict. It fears it could lie in the crosshairs and be targeted by Russian troops.

Russia has 1,500 troops or ‘peacemakers’ stationed in the breakaway Trans-Dniester republic.  The region which gets financial support from Moscow is not internationally recognized and is a potential spot of instability in the region.

Moldova, which is one of Europe’s poorest countries,  is currently  hosting some 90,000 Ukrainian refugees.

„We are providing humanitarian aid and we are supporting people in the face of this crisis. As for military assistance there are better equipped and more resilient countries” the prime minister said.