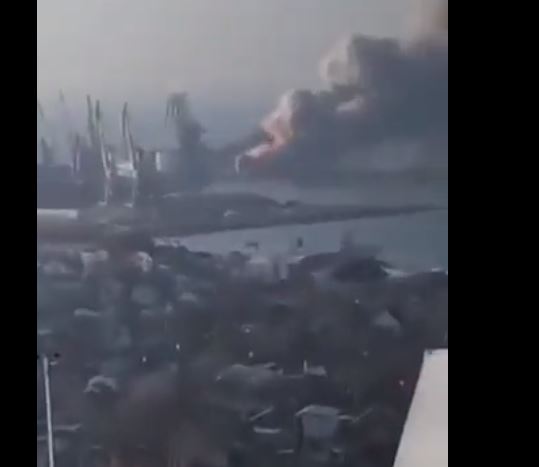 Romania will play a key role in facilitating road, rail and sea transport routes to help goods reach war-ravaged Ukraine, according to an EU official.

The European Commission said Thursday it wants to start negotiations with Ukraine and Moldova on reaching road freight transport agreements after supply lines were disrupted after Russia launched its invasion of Ukraine.

Ukraine and Moldova are not EU members and don’t benefit from the free movement of goods and people. Romania which directly borders both countries, however, is a member of the bloc.

The initiative seeks to secure supply chains, including food security, following Russia’s unprovoked and unjustified aggression against Ukraine, the Commission said in a press release on April 6.

“The priority of my visit to Romania is to find solutions, together with the authorities in Bucharest and those in Moldova and Ukraine, for the transport of goods from Ukraine and Moldova by rail, road, river and sea,” Ms Valean said.

Ukraine’s agriculture ministry said last month that the country could ship its agricultural produce through the Romanian Black Sea port of Constanta, as it is seeking alternative routes for exports after the Russian invasion blocked its seaports.

The EU is proposing concluding transport agreements with Ukraine and Moldova by partly liberalizing road transport for their hauliers in the EU. This will allow Ukraine to shift important export goods from sea routes currently unavailable due to the Russian military aggression,” she said.

„The blockage of the Black Sea ports has also negatively affected Moldova, which has lost essential transport routes through Ukraine for its own exports… Its economy has been heavily impacted by the war in Ukraine. Our proposal will provide immediate relief to the economies of these two countries.”

The proposal also includes clauses on the recognition of Ukrainian driving licenses and certificates of professional competence to further support Ukrainian drivers.

On Tuesday, European donors, including Germany, France and Romania, pledged 650 million euro in aid to Moldova to help the country limit the humanitarian and economic impact of Russia’s war on neighboring Ukraine.

Life inside Russia. ‘I could get arrested for answering that question’ – St. Petersburg resident