Thirteen percent of deaths in the European Union are linked to pollution according to a report published on Tuesday.

It noted a stark contrast between Western and Eastern Europe, divided along socio-economic lines.

Romania sees the greatest impact from environmental factors with one in five deaths linked to pollution, while countries like Sweden and Denmark see one in 10.

Pollution is primarily linked to cancer, cardiovascular and respiratory diseases, and the EEA stressed that „these deaths could be avoided by eliminating environmental risks to health.”

Pollution has become a major electoral issue in the Romanian capital ahead of September 27 elections. Air pollution has increased in recent years in the overcrowded capital due to various factors such as the unauthorized burning of waste material in and near the capital.

Europeans are constantly exposed to environmental risks like air pollution, noise and chemicals, and the Covid-19 pandemic provides an example of the links between „human health and ecosystem health.”

„The emergence of such zoonotic pathogens is linked to environmental degradation and human interactions with animals in the food system,” the report said

Zoonosis is an animal disease that transmits to humans.

In the 27 EU member states and Britain which has now left the bloc, 630,000 deaths in 2012 could be attributed to environmental factors, according to the latest figures available, the report said. 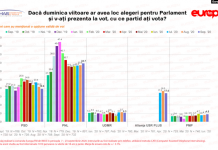 Romania’s Liberals way ahead in opinion poll, but almost one-quarter of respondents undecided