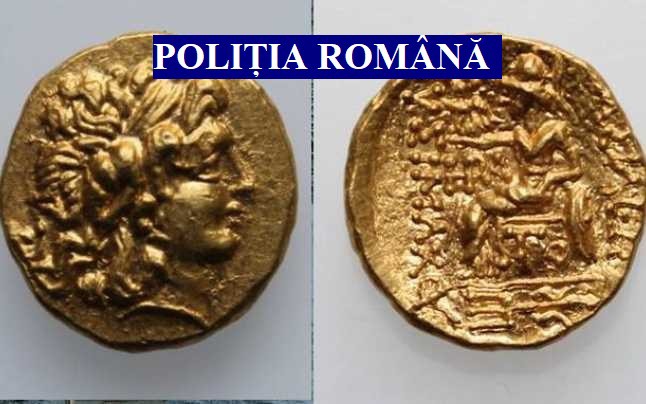 More than 2,000 old coins and artifacts have been seized in Romania as part of a Europe-wide investigation code-named Pandora V.

During the operational phase, checks and controls were carried out at various companies and markets where the objects were sold, including on the internet. Archaeological objects and artifacts were confiscated during the far-reaching probe conducted by Romanian police and Europol.

Romanian police said they carried out operations to prevent the theft, illegal trade, and the export of the artifacts between June and November 2020.

They carried out specialized controls at 235 companies, museums and markets where cultural objects are sold. More than 600 inspections in places took place.

Some 1,275 cultural objects, mostly coins and medals, were seized.

Among the objects seized in Romania were 579 rare medals in Bucharest. Police in the eastern county of Tulcea impounded 94 objects stolen from archeological sites.

Elsewhere, police recovered a numismatic collection of 500 pieces which had been stolen and found almost 1,000 medieval that had been looted from an archaeological site.

Police uncovered 54 cases of concealment, fraud, aggravated theft, illegal import and export of cultural property, the destruction of historical monuments, and the use of metal detectors in areas protected by law.

They have opened 52 criminal cases and confiscated 12 metal detectors. Sixteen fines were handed out.