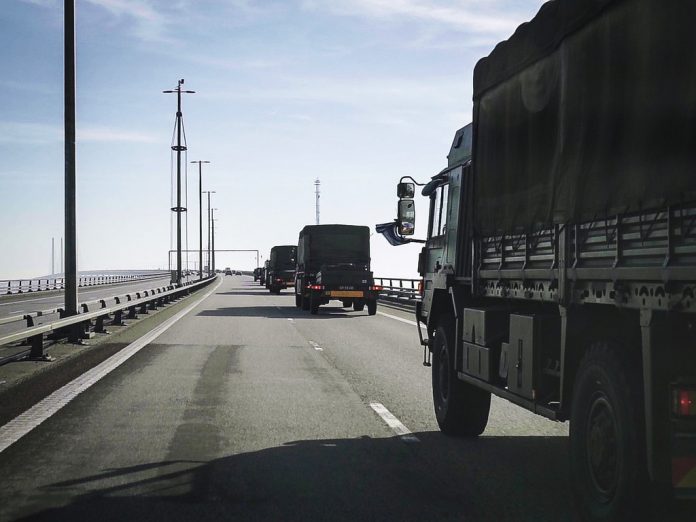 Polish President Andrzej Duda will visit Romania next week and hold talks with the aim of boosting regional security in the face of tensions with Russia in the region.

He will attend military exercises involving 2,000 troops and live ammunition on Tuesday at a military base in eastern Romania.

The visit will take place within the framework of the B9 Summit. It is a group of nine NATO members of NATO’s eastern flank established in 2014 by Romania and Poland.

It is seen as a voice for alliance members on the eastern flank whose role is to adapt Russian moves in the region.

Mr Duda will discuss the regional security situation with President Klaus Iohannis ahead of a NATO summit in Brussels on June 14.

In a related development, U.S. Secretary of State Antony Blinken on Thursday visited Ukraine where he reaffirmed support for Kyiv in the wake heightened tensions with Russia, fueled by Moscow’s recent troop buildup near their border.

NATO Secretary General Jens Stoltenberg said the military alliance “needs to stay vigilant and closely monitor the developments” in and around Ukraine.”

He said there had been some reduction in the number of Russian troops, „but tens of thousands remain, and we also see that Russia has kept a lot of weapons, prepositioned equipment, and they’re also imposing restrictions in the Black Sea,” he told reporters on Thursday.

Romania and Poland share an uneasy relationship with Russia. Pro-American sentiment is stronger in both countries than anywhere else in Central and Eastern Europe.

The Polish president will join President Klaus Iohannis at the Cotroceni Palace for talks, the president’s office said Friday.

The „Justice Sword 21” military exercises which are organized by Romania are being staged in Smardan military base in eastern Romania.

The two countries established a bilateral Strategic Partnership was established in October 2009 and renewed in March 2015.

It offers a framework for cooperation and fostering bilateral relations.

The visit will also mark a century since Romania and Poland signed a Defensive Alliance Convention. It was inked in March 1921 when Romania was a monarchy, the Romanian presidency noted in a news release.