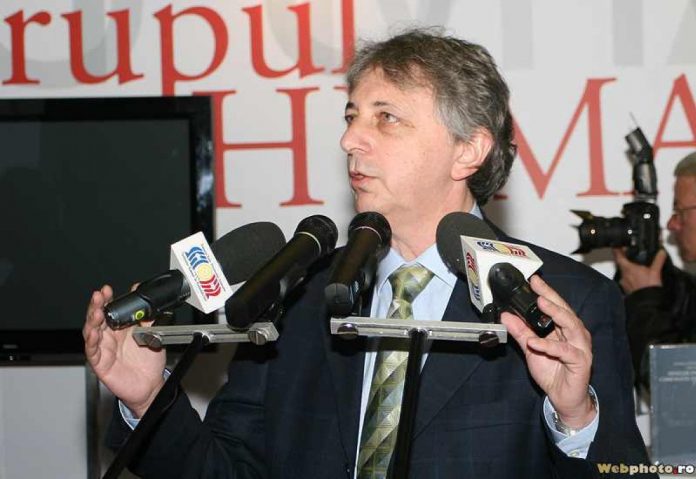 Romania’s anti-discrimination board has handed a 5,000 lei fine to Vladimir Tismaneanu, a political scientist and professor at the University of Maryland, for a post he shared on social media with racist connotations.

Romanian-born Tismaneanu, who is a U.S. citizen, posted a meme on April 11 where Roma or Gypsies from a town in southern Romania were depicted as “crows” a derogatory and widely used term in Romanian for Roma and blacks.

He deleted the post which he initially said was “very cool” saying he thought it was a joke, and he hadn’t understood the racist connotations. He later issued a full apology.

The National Anti-Discrimination Council said Wednesday that in deciding the level of the fine, worth about $1,125, it took into account the content of the post, the fact Tismaneanu is an academic and opinion leader in Romania, as well as his full apology, a statement said.

There was no immediate reaction from Tismaneanu to the fine.

The University of Bucharest and the Elie Wiesel National Institute for the Study of the Holocaust in Romania criticized Tismaneanu before he made the apology.

„Having spent hours reflecting, I would like to offer a final apology for the racist, inappropriate and most importantly, hurtful meme I posted yesterday,” he wrote. „While I truly did not think deeply about the racist implications in the moment, I should have.

„There is no excuse. I will do better in the future, I will learn from this,: he said adding he was „open to working with those active in the Roma community about how to combat hate, intolerance, and bigotry. „

Tismaneanu is director of the University of Maryland’s Center for the Study of Post-Communist Societies.

Tismeanu has written numerous articles and books on Stalinism, the communist period in Romania, nationalism and the Soviet Union.